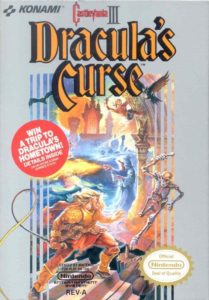 Castlevania III: Dracula’s Curse is an action platformer video game developed and published by Konami for the Nintendo Entertainment System and Family Computer video game consoles. It is the third installment in the Castlevania series however is a prequel that is set a few centuries before the events of the original game.

The game centers around Trevor C. Belmont, an ancestor of Simon Belmont, the original game’s protagonist. Set in the year 1476, Count Dracula has assembled a massive army of monsters to wreak havoc on Europe. Fearing the Belmont’s super human like powers, the citizens of Warakiya had banished the family of vampire hunters to exile. With Dracula reigning havoc on Europe the Church had no choice but to call upon Trevor Belmont, the current wielder of the Vampire Killer whip for assistance.

Abandoning the action-adventure and role-playing elements of Castlevania II: Simon’s Quest, Dracula’s Curse returns the series to its platforming roots. Unlike the original game, Dracula’s Curse is non-linear. Joining Trevor Belmont are three new playable characters, Sypha Belnades, a young sorceress, Grant Danasty, a pirate and Alucard, Dracula’s son. After completing the first level along with several other points throughout the game, the player is presented with a choice to choose between branching paths to follow. Multiple endings can be obtained based on the choices made throughout the game.

There are two main routes through the game’s sixteen stages, each containing a total of nine to ten stages converging in the main hall of the castle. Trevor can only be accompanied by one companion (Sypha, Grant or Alucard) at a time. Players are given the ability to spiritually transform between Trevor and his ally by pressing the “select” button. The ending of the game differs depending on which companion Trevor has with him when the game is beaten, or if he does not have a companion with him at all.

Dracula’s Curse received a warm reception from critics when it released and was praised for returning the series to its roots. The game received several rereleases in the form of Nintendo’s virtual console for the Wii in 2009 and for both the 3DS and Wii U in 2014. Konami released a Castlevania compilation entitled “Castlevania Anniversary Collection” for the Xbox One, PlayStation 4 and Nintendo Switch in 2019 which contained 8 games including Dracula’s Curse. 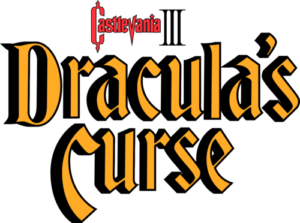 In Depth Look At Castlevania III with The Brotherhood of Gaming

The Brotherhood of Gaming

The Brotherhood of Gaming is a YouTube Channel that reviews both video games and video game related media such as movies. 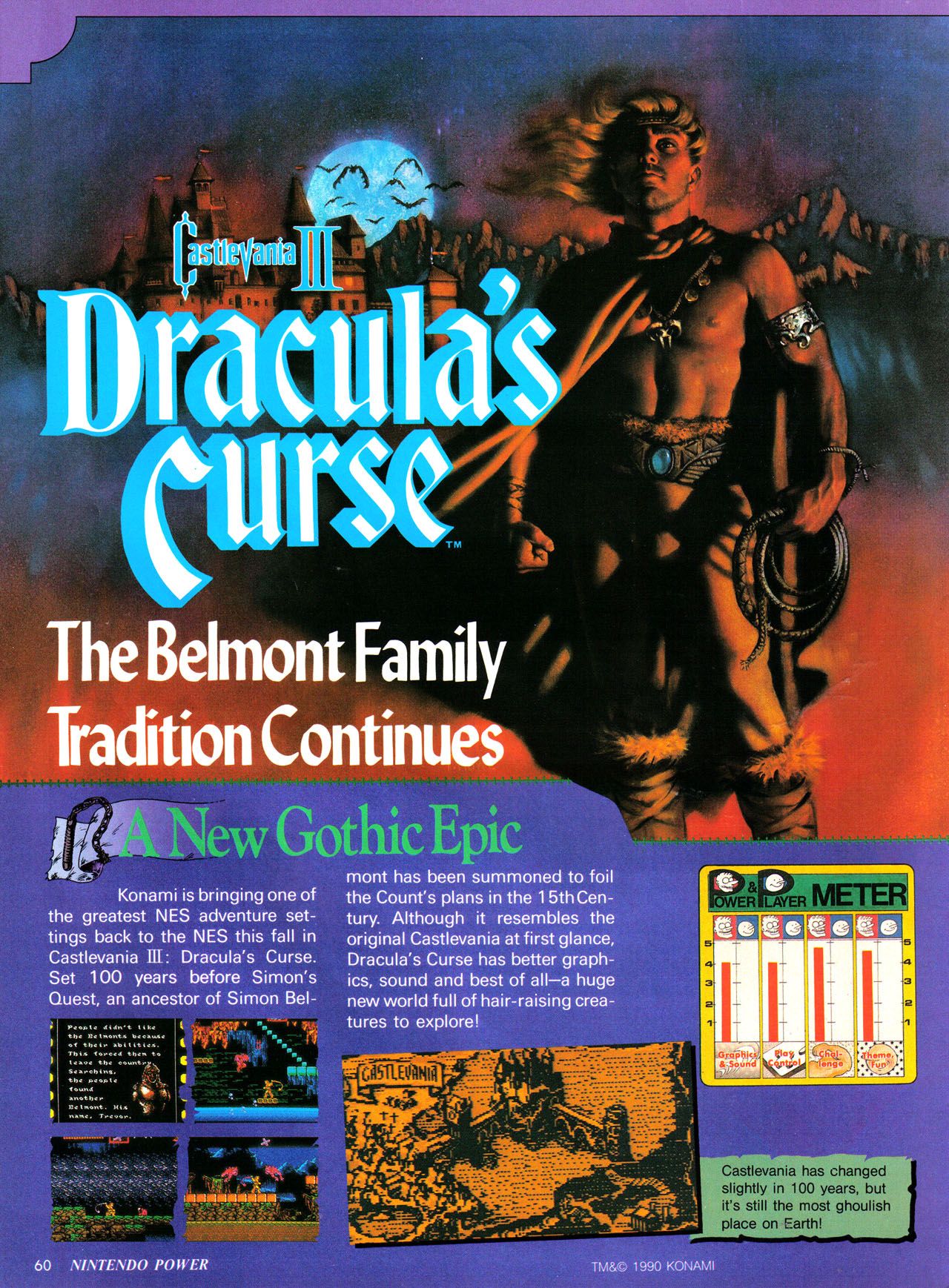