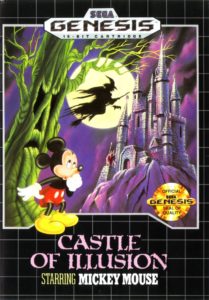 Castle of Illusion starring Mickey Mouse is a platforming video game developed by Sega R&D2 and published by Sega for the Sega Genesis / Mega Drive home console. It is the first game in the Illusion series which follows the adventures of Mickey Mouse and in some occasions Donald Duck in various fantasy worlds.

Players take control of Mickey Mouse on a quest to rescue Minnie Mouse from an evil witch named Mizrabel. Mizrabel kidnaps Minnie as she wants to steal her youth and Mickey must find the Seven Gems of the Rainbow in order to be able to rescue Minnie. The gems are kept within various illusion fantasy worlds and are guarded by the Masters of Illusion, Mizrabel’s henchmen.

The game was one of the first licensed exclusives for the Sega Genesis / Mega Drive and was heavily promoted by Sega in an effort to enhance system sales. The game launched before Sonic the Hedgehog and before Sega had a mascot to promote their system. The success of the game spawned a series of Disney licensed games developed exclusively for Sega consoles, with the sequel being World of Illusion starring Mickey Mouse and Donald Duck followed by spin-offs Land of Illusion and Legend of Illusion.

The success of Castle of Illusion for the Sega Genesis led Sega to develop ports of the game for the Master System and Game Gear. The games were altered and are slightly different adaptations of the original version for the Genesis due to the limitations of the Master System and Game Gear hardware. A remake of the game was developed by Sega Studios Australia and released for the PlayStation 3, Xbox 360 and PC in 2013.

Splash Wave - The Making of Castle of Illusion, Quackshot and World of Illusion 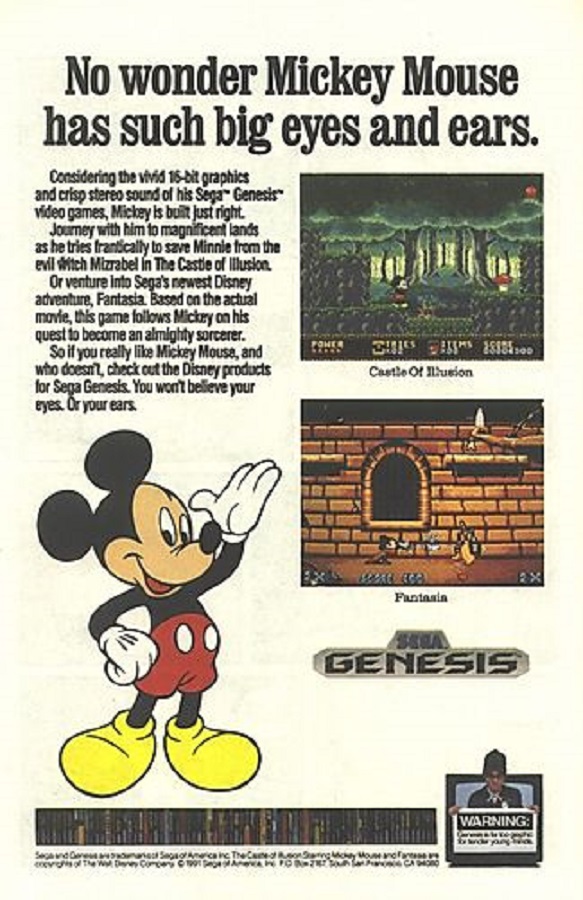