Bubble Bobble is an arcade action platform video game developed and published by Taito.  Released in September 1986 Taito handled the Japanese distribution of the arcade cabinets while licensing the title to Romstar for North American distribution and Electrocoin for European distribution.

The game was designed by newly hired Fukio Mitsuji when he joined Taito in 1986.   Mitsuji felt that Taito’s recent arcade games were lacking when compared to other developers’ games such as Namco.  He wanted to design a new style game that would be fun to play and also rejuvenate the company’s presence in the industry.   Looking to expand their demographic appeal he wanted his game to appeal to women, specifically couples that visited arcades.   With this in mind he decided to make the game heavily focused on its two-player co-operative mode.  While building the game’s core mechanics he decided to use bubbles as the primary method to defeat enemies believing that bubbles would be a fun element that girls would enjoy. 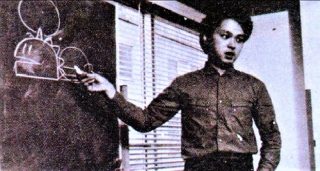 In each level players must defeat each enemy by trapping them in bubbles then popping the bubble with the trapped enemy.  Once the bubble is popped the enemy is turned into bonus items which can be collected after they land on the ground.  In the 100th level players face Super Drunk in a boss battle to complete the game and successfully rescue their girlfriends.  The development team incorporated three separate endings into the game, making Bubble Bobble one of the first games to contain multiple endings. 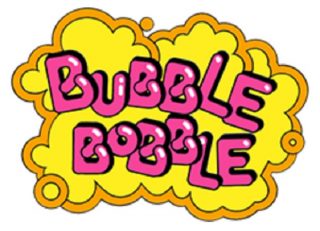 Completing the game in single-player mode reveals a message stating that the game has not truly ended and to complete the game with a friend.   If the game is completed in 2-player co-op a message is presented on the screen that you have achieved the happy ending, in which the brothers are transformed to their human forms and reunited with their girlfriends.   Players are once again informed that this is not the true ending of the game and are presented with a code that, when deciphered, allows the game to be played in a faster and more difficult “Super” mode.

Activating the Super Mode is done by inputting a certain joystick and button combination in the starting screen.  The joystick and button combination must be deciphered from the code obtained when completing the game in 2-player mode.  Players can decipher the code by using the alphabet in the first secret room.  Completing the game in super mode in 2-player co-op unlocks the true ending where Super Drunk is revealed to be the brothers’ parents under the control of some unknown outside influence.   The brothers return to their normal selves and are reunited with both their parents and girlfriends.

The game was very successful when it released in arcades, becoming one of Taito’s most popular games.  It was acclaimed by critics for its character design, soundtrack, gameplay and co-operative multiplayer.  Bubble Bobble influenced the industry and inspired other developers to create games using similar screen-clear platform gameplay.  The success of the game spawned many sequels and successors turning the game into a popular franchise for Taito. 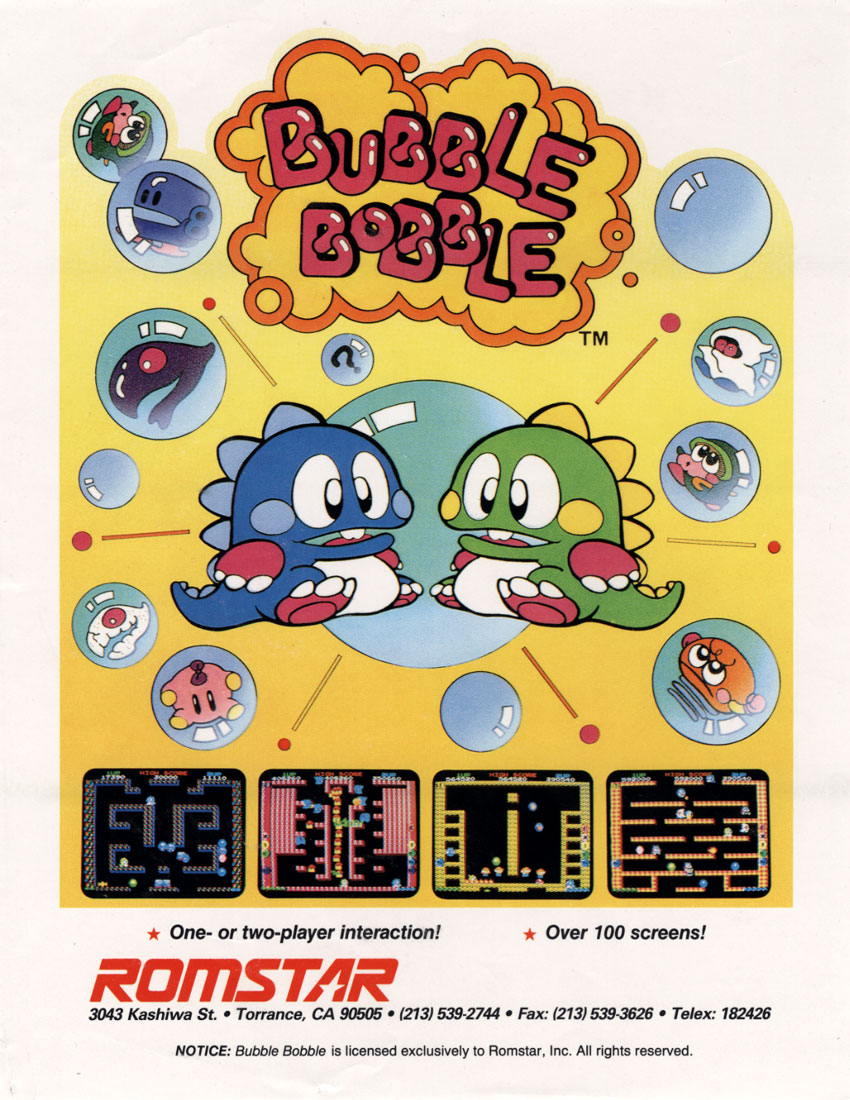 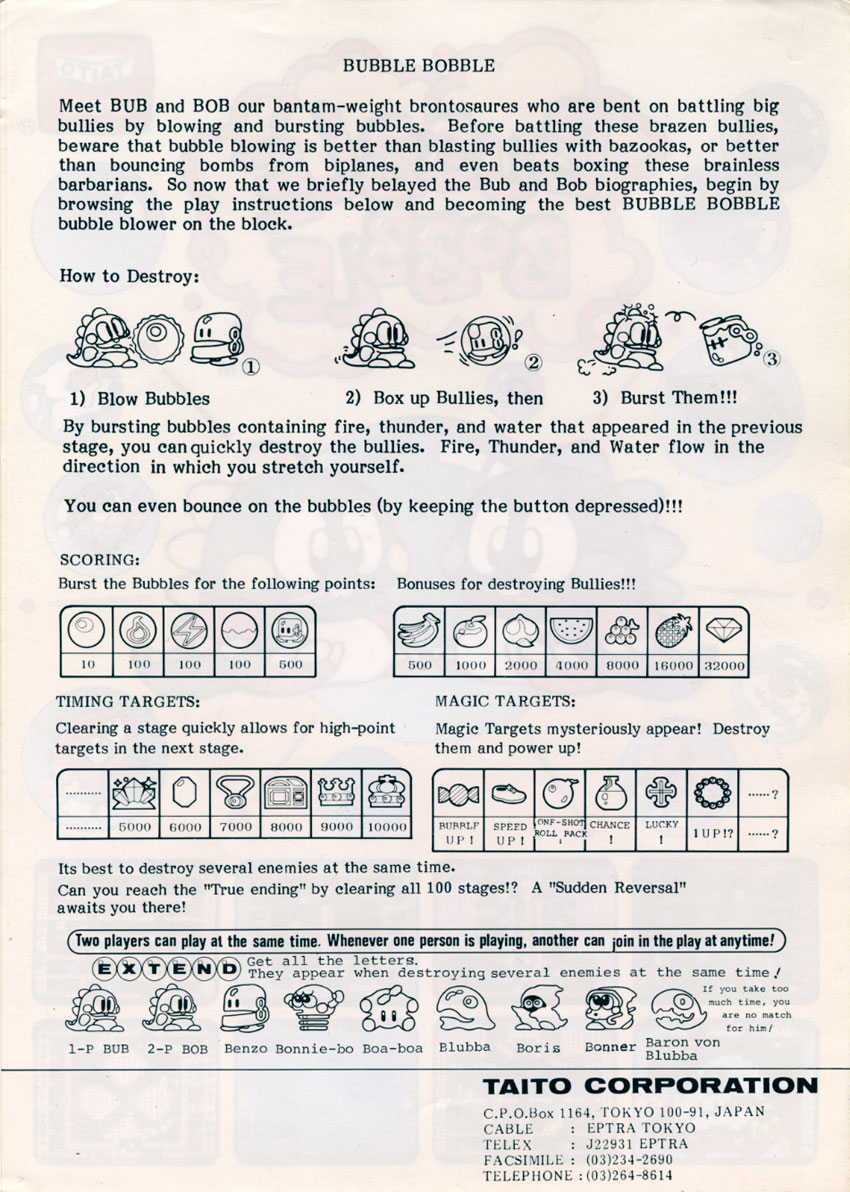