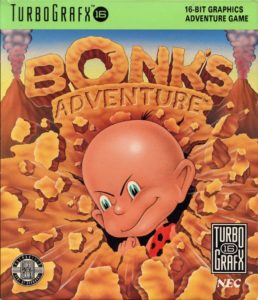 Bonk’s Adventure is an action platforming video game developed by Red Compnay and Atlus for the PC Engine / TurboGrafx-16. Released in Japan on December 15, 1989 as PC Genjin, a play on the Japanese name of the home console, PC Engine. The game was brought to the west and released for the TurboGrafx-16 in April 1990 and was the first release in the Bonk series.

The character Bonk first appeared in a series of comics in PC Engine Monthly. The magazine featured comics of upcoming games and in 1989 a new character designed by Kobuta Aoki of the Red Company made an appearance as PC Genjin. The name PC Genjin was a spoof of the system that the magazine covered, the PC Engine. The new character was a genjin, meaning primitive man or caveman who became quite popular, enough so that Hudson Soft and the Red Company decided to make a game based on the character, which would also serve as the system’s mascot.

Players take control of the game’s protagonist Bonk, a bald caveboy who battles dinosaurs and other prehistoric enemies in an effort to rescue Princess Za. Princess Za was kidnapped by the evil King Drool and it is up to Bonk to save her.

The game was quite successful and did well on the TurboGrafx-16 however the system eventually suffered from lack of support from third-party software developers and publishers. The TurboGrafx-16 was over taken by competing systems from Nintendo and Sega resulting in the game being ported over to competing consoles.

Cannot be Tamed is a YouTube channel hosted by Pam who provides a different perspective on retro, indie and new video games. 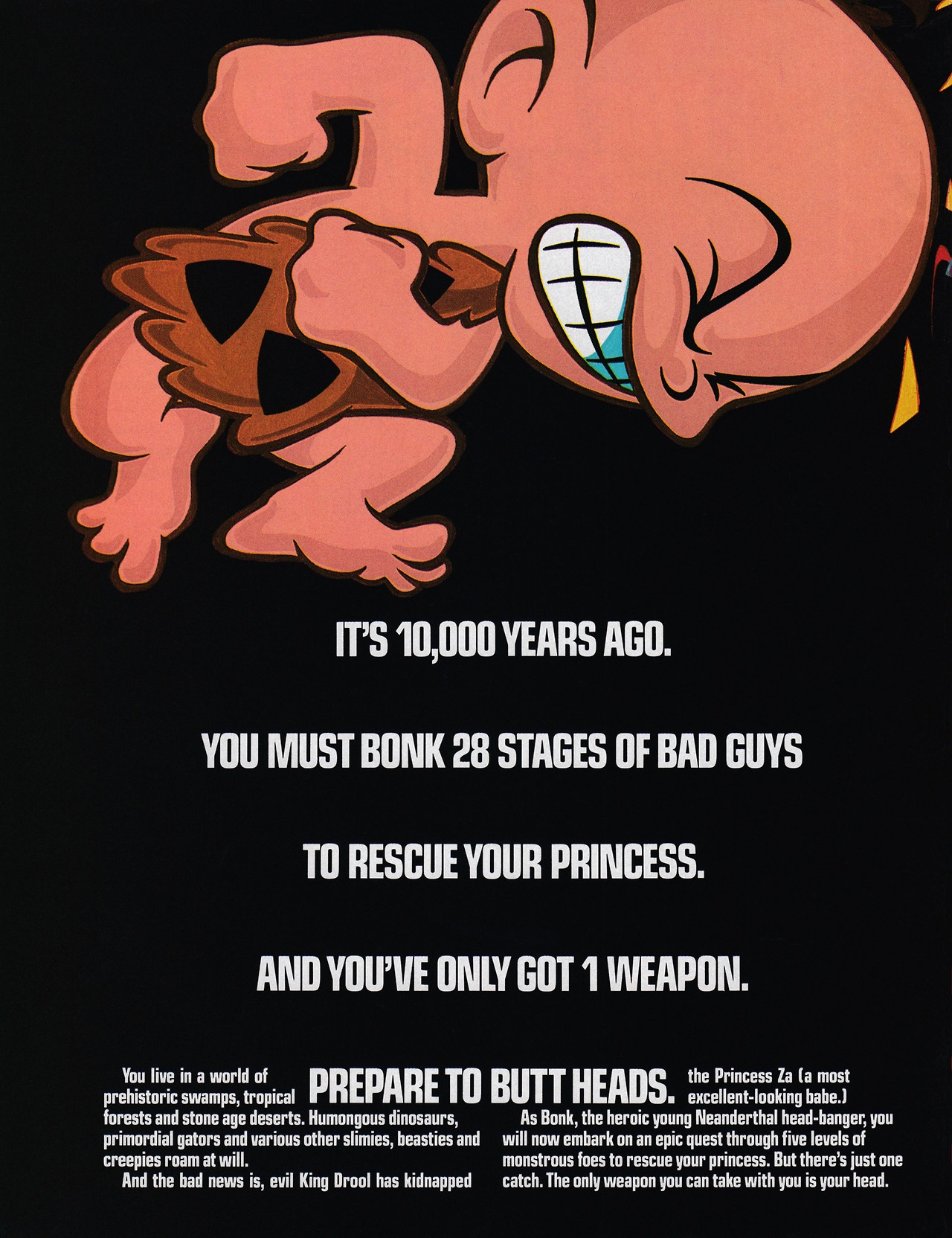