Bionic Commando is an action platforming video game developed and published by Capcom for the Nintendo Entertainment System.   Originally released on July 20, 1988 as “Hitler’s Resurrection: Top Secret” in Japan for the Famicom the game was modified to remove Nazi references such as Swastikas when it was localized for North America.

Players take control of the lead protagonist, Ladd Spencer a member of the FF Battalion whose mission is to rescue Super Joe, the protagonist of the 1985 Arcade game Commando and to stop the Albatros project.  Spencer is a soldier equipped with a bionic arm that contains a grappling gun which allows him to pull himself forward or swing from stationary objects.  The series is notable for being one of few instances of a platform game in which the player cannot jump. To cross gaps or climb ledges, the player must use the character’s bionic arm.

Armed with a weapon and grappling gun that can be swung around to deflect bullets and enemies, players must defeat the enemy soldiers and explore each stage and obtain the necessary equipment to progress.  Players must find one or multiple communication rooms in each level to communicate with allies or wiretap enemy conversations before proceeding to each stages Computer room, where a boss will be guarding the computer core that Spencer must destroy to clear the stage. 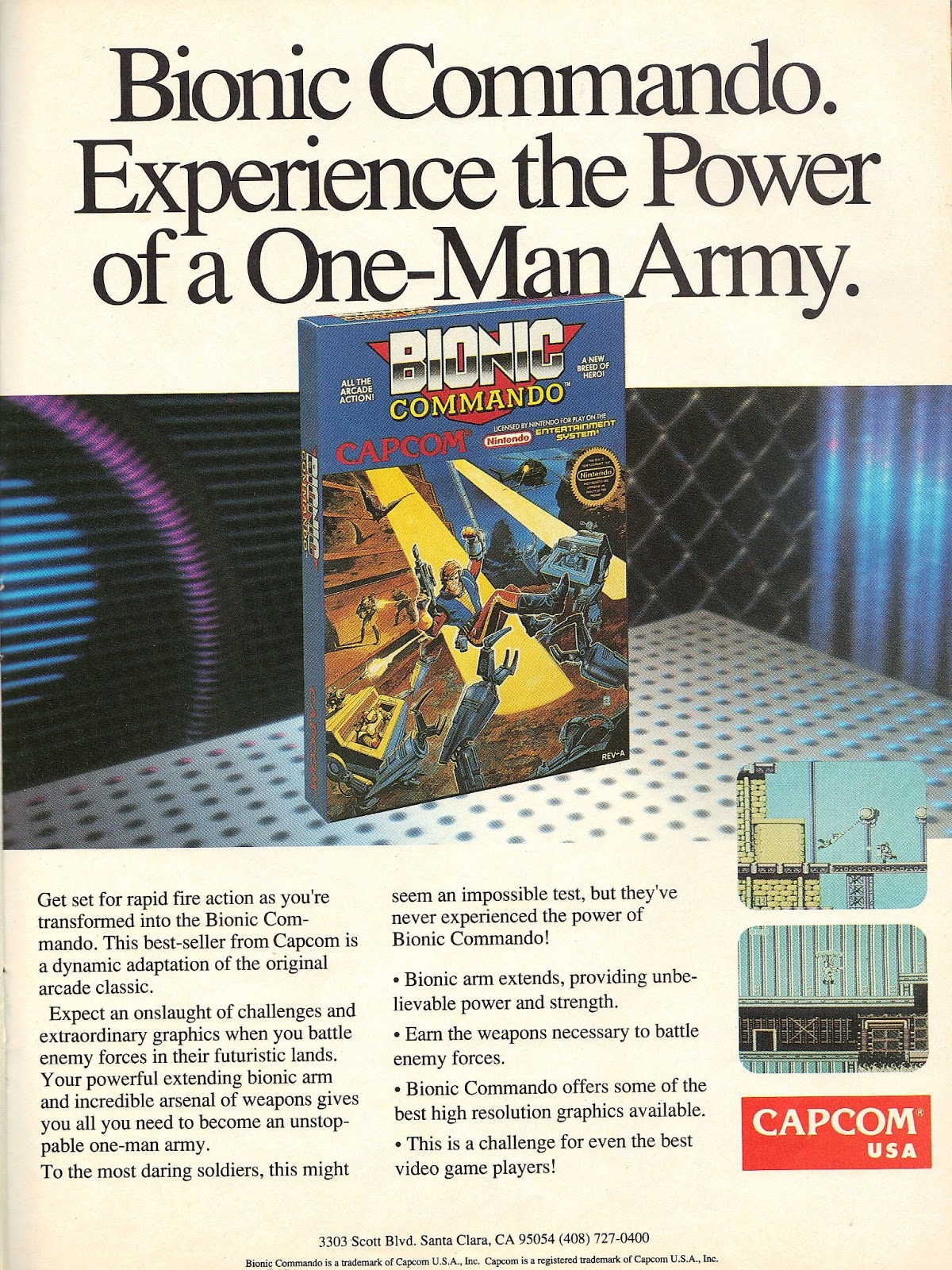