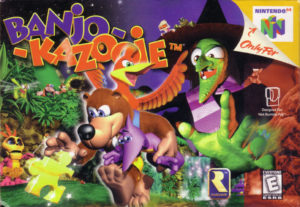 Banjo-Kazooie is a platforming video game developed by Rare and published by Nintendo for the Nintendo 64. Released in 1998, it is the first game in the Banjo-Kazooie series. The origins of the game started with the development of another title for the Super Nintendo, Project Dream.

Project Dream was the codename of a role-playing game that Rare was developing for the Super Nintendo over the course of 16 months. Inspired by LucasArts adventure games and traditional Japanese RPGs the game was led by the same team that worked on Donkey Kong Country 2: Diddy’s Kong Quest.

Using the technology that was developed for the Donkey Kong Country series, the game used the graphics technology to an advanced level. Development began in 1995 and in the middle of development Nintendo announced the release of their next home video game console, the Nintendo 64. Rare staff saw an early version of Nintendo’s Super Mario 64 that was going to launch with the new system and realized that by the time Project Dream would be completed it was going to make their game look outdated. 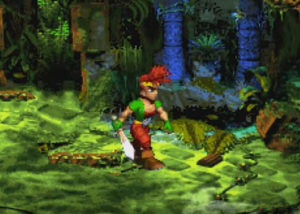 Rare decided to scrap their plans for Project Dream and began developing a new game inspired by Super Mario 64 for the upcoming Nintendo 64. When development transitioned to the Nintendo 64, the scale of the game grew and evolved into a large RPG rendered in 3D. The project proved to be very ambitious for the developers and the game no longer felt fun to the team. As development progressed the game went through many iterations including the lead protagonist being replaced twice, first with a rabbit and later with a bear, Banjo. Originally a bear was designed in the original concept of the game as a secondary character however morphed into the lead character during the development cycle. 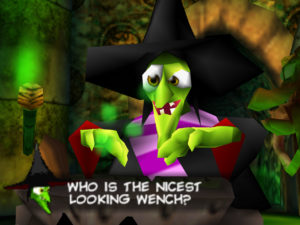 The team applied a Snow White like backstory to the game. A witch named Gruntilda asks her magic cauldron who is the fairest of them all. The cauldron answers back Tooty, Banjo’s little sister. Gruntilda kidnaps Tooty with the intensions of stealing her beauty. Banjo and his companion Kazooie set out on a quest to retrieve Tooty from Gruntilda.

The game struck a cord with Nintendo fans and was a commercial success, selling 3.65 million copies worldwide. Upon release the game was praised for its detailed graphics, dynamic soundtrack and intricate level design. A sequel, Banjo-Tooie was released for the Nintendo 64 in 2000 which expanded on the core concept and gameplay mechanics of the original game. Rare continued to expand the franchise with multiple releases on the Game Boy Advance and Xbox 360 after Rare was acquired by Microsoft.

From Project Dream to Banjo-Kazooie

Rare released “Rare Revealed: A Rare Look at Dream” as part of their promotional campaign for Rare Replay.  The video is a short documentary about the making of Dream and how Banjo-Kazooie came about. 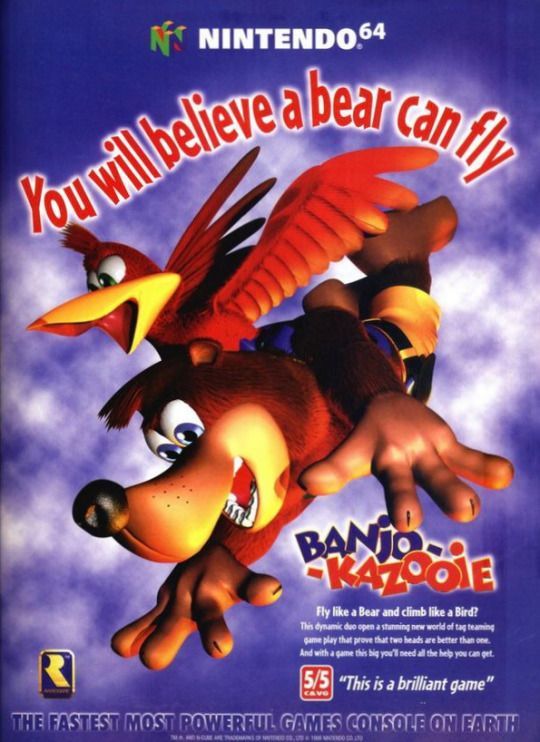