Adventure Island is a side-scrolling platforming video game developed and published by Hudson Soft for the Nintendo Entertainment System.  The game is an adaptation of the arcade game Wonder Boy which was developed by Escape and published by Sega.

Escape, the developer of Wonder Boy entered into a licensing agreement with Sega where they retained the rights to the game design while Sega would own the Wonder Boy trademark and the main character’s design. With Sega only having partial control over the rights to Wonder Boy allowed Escape to capitalize by partnering with other publishers to create adaptations of the game.  Escape worked out a licensing arrangement with Hudson Soft to tailor the game in ways to get around the agreement they had with Sega for Wonder Boy.

Hudson Soft produced a conversion of the game for the Nintendo Entertainment System under a new license in the form of Adventure Island.   By altering the main character of the game and changing the game’s title they were able to circumvent the licensing agreement escape had with Sega.  Under the new agreement Hudson Soft worked out with Escape they were able to retain the rights to both the character design and game’s title allowing them to continue to produce future games under the “Adventure Island” name.

Hudson Soft’s adaptation of the game is based on the Wonder Boy arcade game and not the Wonder Boy port made for the Sega Master System thus does not contain any of the original levels found in the Sega Master System version of the game.  The game places players in control of Master Higgins, a young man who has ventured to Adventure Island in the South Pacific after discovering that an evil witch doctor has kidnapped Princess Tina.  Made up of 32 stages, players must guide Master Higgins through eight worlds which contain four stages per world in order to rescue Princess Tina.

Even though Adventure Island was only a slightly modified version of Wonder Boy the title became much more successful and well known due to the game appearing on the Nintendo Entertainment System, a console that had a much larger market share than Sega’s Master System.  The licensing arrangement that Hudson Soft negotiated with Escape paid off as it established a new intellectual property for Hudson that spawned many sequels.  The franchise separated itself from the Wonder Boy series and the series of sequels that followed had no connection to the Wonder Boy series.

NeoGamer is a YouTube channel that focuses on video game history preservation. The channel’s content ranges from gameplay of cancelled games to behind the scenes footage of the game creation process. 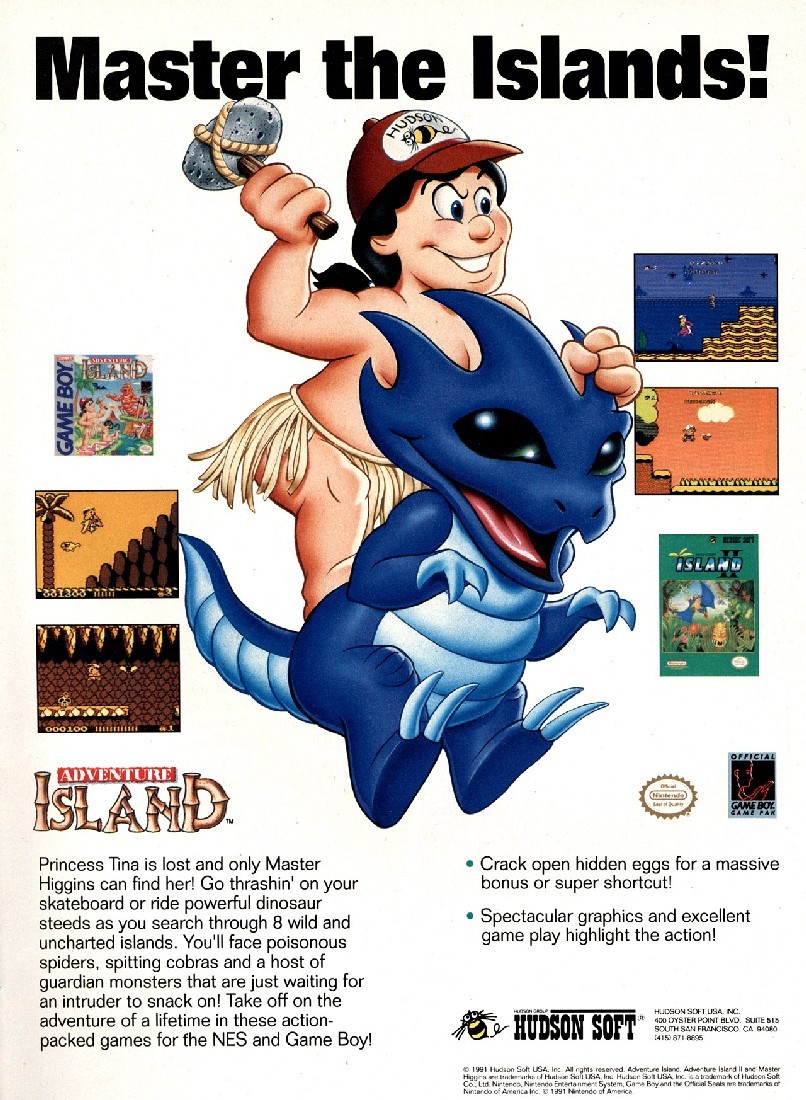