Skip to content
Home » Games » A Nightmare on Elm Street

A Nightmare on Elm Street 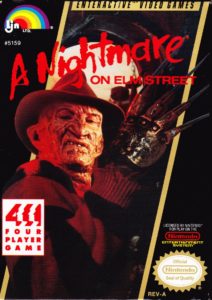 A Nightmare on Elm Street is an action platforming video game developed by Rare and published by LJN for the Nintendo Entertainment System. Based on Wes Craven’s horror film of the same name the game plot takes inspiration from Dream Warriors the film series 3rd installment of the franchise.

Players take control of an average teenager who needs to search through the houses on Elm Street in search for Freddy Krueger’s bones. Once all bones are collected, they must be incinerated using the high school’s furnace in order to destroy Freddy once and for all. The game was developed to take advantage of Nintendo’s Four Score accessory allowing up to four player co-op.

The original concept for the game was very different with players taking the role of Freddy Krueger who must kill the teenagers who are attempting to gather his scattered bones in order to rebury them. It is unknown why the original concept was altered however most assume it was changed to avoid controversy. In 1983 an adaptation of The Texas Chain Saw Massacre was made for the Atari 2600 where players controlled the murderer with the objective to chase and kill victims. The game was a financial failure because many retailers refused to sell the game due to its violent nature. The retailers that did sell it had it hidden under the counter where consumers had to request the game specifically instead of it being displayed with the rest of the games. Odds are that Rare and LJN did not want to face the same challenges resulting in the decision to alter the games concept.

In 2013, the National Entertainment Collectibles Association (NECA) released an exclusive figurine of the video game-style Freddy with the glove-less clawed hand to go along with their other Nintendo-esque horror figurine, a video game-style Jason Voorhees with the turquoise and purple color palette from the Nintendo Entertainment System game. 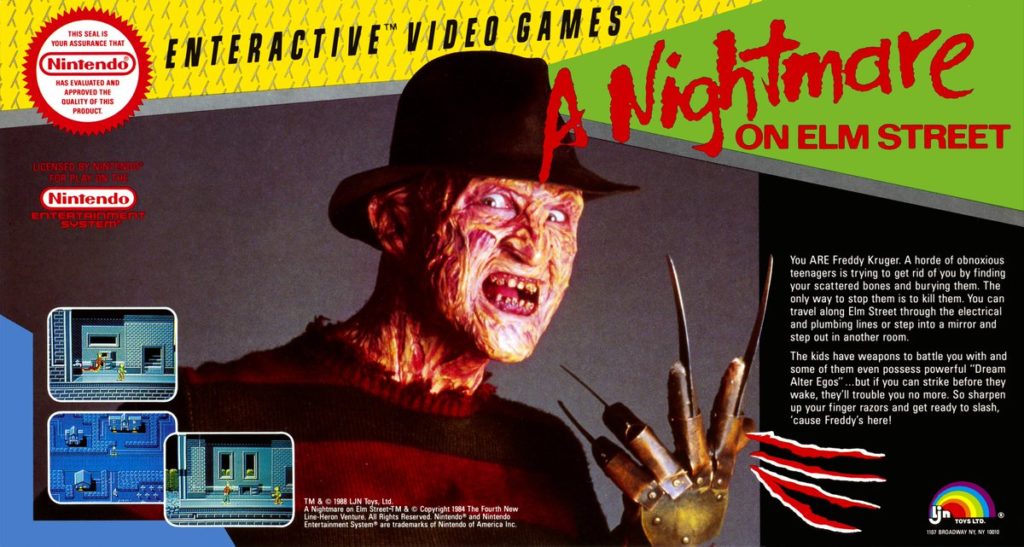