Skip to content
Home » Games » A Boy and His Blob: Trouble on Blobolonia

A Boy and His Blob: Trouble on Blobolonia

A Boy and His Blob: Trouble on Blobolonia is a platform-puzzle video game for the Nintendo Entertainment System developed by Imagineering and published by Absolute Entertainment in North America, Nintendo throughout Europe and Jaleco in Japan.  Designed by David Crane, the creator of Pitfall!, the game follows a boy and his shapeshifting blob friend on their adventure to save the planet of Blobolonia from the clutches of an evil emperor.

Players control the boy protagonist with gameplay revolving around solving puzzles by feeding his blob companion different flavored jelly beans to alter its shape into various tools in order to overcome obstacles and traverse the game’s world.  The premise of the game involves the boy and his alien blob, Blobert, on a quest to save Blobert’s home planet Blobolonia.   Blobolonia has been taken over by an evil emperor who only allows his subjects a diet of sweets.  They must traverse the subway system and caves beneath Earth and gather the necessary items before traveling to Blobolonia to try and defeat the evil emperor.

The concept of a boy accompanied by a shapeshifting blob was heavily influenced by the characters Gloop and Gleep from the Hanna- Barbera cartoon “The Herculoids”.  David Crane wanted to incorporate a unique gameplay mechanic into the game to advance the adventure genre as he had done with the platformer genre with his Atari 2600 game Pitfall!.  Since the Atari 2600 the adventure genre had evolved to include useful tools for players to collect and utilize however Crane did not like the use of inventory menus finding them a less than elegant way to switch between items and decided to implement the selection and use of items in a different way. 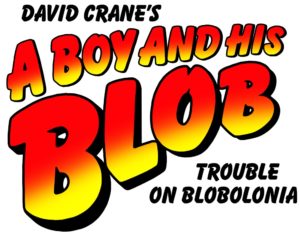 Crane came up with the idea of using jelly beans to transform the blob character into various object that would be used to traverse the game world.  A list of possible transformations was created and narrowed down to key required objects such as a ladder and bridge that would be required to progress through the game.  Puzzles that could be solved using the objects were created after the various transformations were finalized.  A total of 14 different flavoured jelly beans were incorporated into the game allowing players to transform the blob into 14 different objects.

Most standard Nintendo Entertainment Systems games took approximately six to eight months to develop but due for the need to have the game available for the upcoming 1989 Consumer Electronics Show (CES) David Crane completed the game in an intense six-week period.  In order to meet the very aggressive timeline Crane worked 16 to 20-hour days on the project and pulled all-nighters for the last two days of development before flying to Chicago for the CES.  Absolute Entertainment presented the game at the trade show and Crane continued to fix bugs at night in his hotel room.

Crane’s hard work paid off as the game won the 1989 CES “Best of Show” and a 1990 Parents’ Choice Award.  A Boy and His Blob was followed by a sequel on the Game Boy titled The Rescue of Princess Blobette.  A re-imagining of Trouble on Blobolonia was developed by WayForward Technologies and released by Majesco Entertainment on the Wii in 2009. That same year, the original Nintendo Entertainment System game was re-released on the Wii Virtual Console service in North America and Europe.

Secrets Revealed - A Boy and His Blob 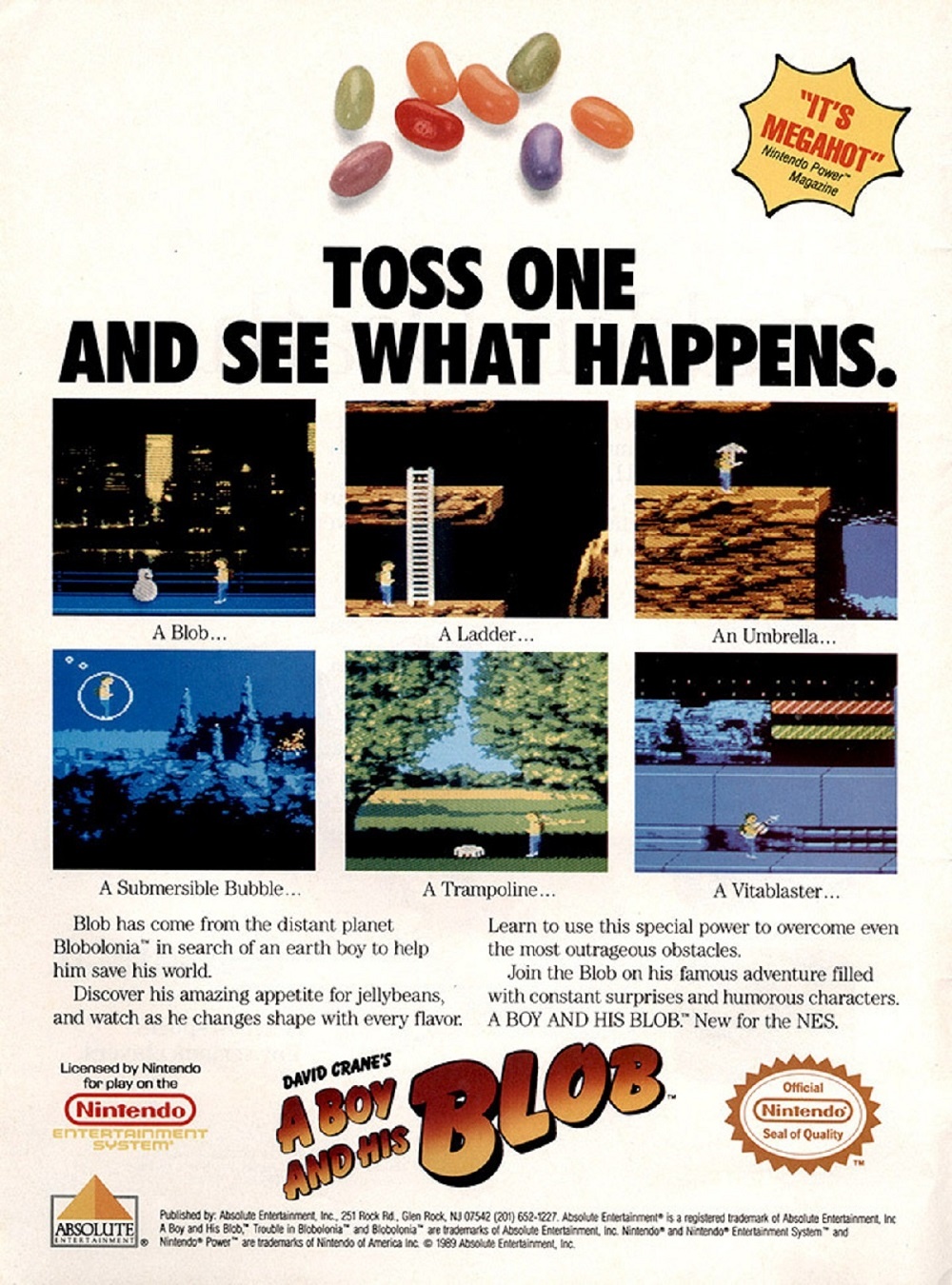