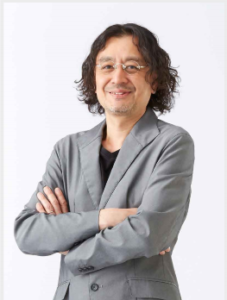 Yoshio Sakamoto is a Japanese video game designer, director and producer employed at Nintendo.  Sakamoto joined Nintendo in 1982 as an artist and was assigned to Nintendo’s Research and Development 1 division where he worked along side Gunpei Yokoi and Toru Osawa.

Sakamoto designed some of Nintendo’s most popular titles in the early stages of the Famicom and Nintendo Entertainment Systems life cycle such as Wrecking Crew, Gumshoe, Metroid and Kid Icarus.  As his career progressed with Nintendo he became one of the most prominent members of Nintendo’s R&D1 division where he would become responsible for the direction of the Metroid franchise.  He would go on to direct and write the story line for Super Metroid, Metroid Fusion, Metroid: Zero Mission, Metroid: Other M and was the producer for Metroid: Samus Returns.