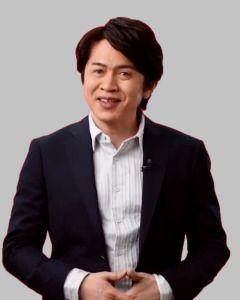 Yoshiaki Koizumi is a Japanese video game designer, director and producer currently serving as an Executive Officer at Nintendo. Koizumi began his career in April 1991 when he was assigned to work on The Legend of Zelda: A Link to the Past’s manual where he conceived of the game’s backstory, the creation of Hyrule and the story of the three goddesses of Power, Wisdom and Courage.

Koizumi created the story for “Link’s Awakening” which led him to get involved in other areas of game creation other than just the creation of manuals and scripts. During the creation of the game he assisted with the creation of event design for the interaction with the villagers and designed the bosses’ behavioral patterns. This gave Koizumi a broader background in game creation leading to future opportunities within Nintendo.

Assigned as an assistant director along with Takashi Tezuka, Koizumi created the first 3D model of Mario for Super Mario 64 and started working very closely with Shigeru Miyamoto on gameplay elements such as character movement and camera positioning. Three dimensional games were virtually unexplored at the time and the team had to come up with solutions for many new elements that did not exist in two dimensional games. Many of the gameplay mechanics they created set the standard for 3D games and were utilized across the industry for decades.