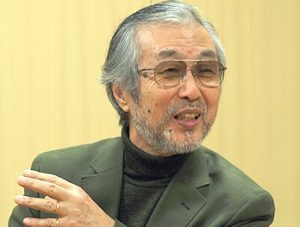 Yōichi Kotabe is an acclaimed Japanese artist who spent his early years working at Toei Animation, A Production and Zuiyo Eizo prior to his involvement in video games.   Kotabe has created many memorable anime series and movies such as Panda! Go, Panda and Heidi, Girl of the Alps.   His work was admired by the employees at Nintendo leading to Hiroshi Ikeda hiring him as an illustrator in 1985.

Ikeda joined Toei Animation at the same time Yōichi Kotabe did and they worked together for many years.  Ikeda approached Kotabe in a coffee shop during a period where he was freelancing and not employed with a studio full time.   Ikeda asked if he’d like to join Nintendo, explaining that the video game industry was advancing were it was going to require an increasing amount of animation expertise.

Kotabe joined Nintendo, where Shigeru Miyamoto commissioned him to design most of the artwork for the Mario series along with other games.   Kotabe became the primary artist for the Mario franchise, drawing much of the 2D promotional artwork and refining many of Shigeru Miyamoto’s early sketches into the character’s definitive designs.  Later he would become involved with the Pokémon franchise, supervising the 3D games and most of the anime series and movies.

Kotabe worked at Nintendo from 1985 until 2007 doing illustrations, character designs and supervising creative teams.  Kotabe retired from Nintendo in 2007, but still works as a freelance artist.

Satoru Iwata sat down with Yōichi Kotabe to discuss his time and involvement with Nintendo in This Installment  of the Iwata Asks.