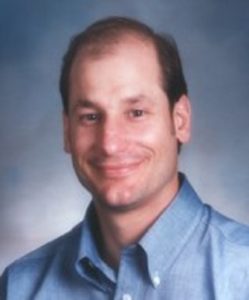 Tom duBois is an illustrator who created the majority of Konami’s cover art for their games between 1988 and 1994.  Tom attended the American Academy of Art in Chicago in the late 1970’s and prior to his involvement with video games he created backgrounds for Cap’n Crunch commercials in the late 1980’s.

Tom’s involvement in video games began in 1988 while working for an advertisement agency that was contracted by Konami.  Konami was looking for an illustrator to create magazine ads, posters and cover art for the North American release of their games.  Tom’s work impressed the advertisement agency and he was given a few magazine ads to work on before establishing a good relationship with Konami.

Konami was impressed by the few magazine ads that were created and they assigned more high-profile jobs to the advertisement agency who continued to provide the work to Tom.  Tom continued to receive a massive amount of work from the advertisement agency for the Konami account between 1988 and 1994.   The work entailed the creation of magazine ads, posters, artwork for game labels and cover art for game boxes.  Over the next six years Tom would create some of the most iconic cover art for the 8-bit and 16-bit eras of video games.  Handling some of Konami’s most popular games, Tom’s work can be seen on the cover of games such as Castlevania III: Dracula’s Curse, Super C, Super Castlevania IV, Contra III: The Alien Wars, Turtles IV: Turtles in Time, Turtles: The Hyperstone Heist, Lethal Enforcers and Castlevania: Bloodlines to name a few.

Konami would end up partnering with another advertising agency in 1994 placing an end to a long line of work in the video game industry for Tom.  Tom’s last job from Michael Meyers & Associates for the Konami account was for the cover art of the 1994 release of Lethal Enforcers II: Gun Fighters.  After Michael Meyers & Associates lost the Konami contract Tom took a hiatus from working on anything video game related.

The man who drew Konami

My Life In Gaming

My Life In Gaming is a YouTube channel hosted by Coury Carlson and Marc Duddleson.  Join them as they recollect their experiences with video games over the years.