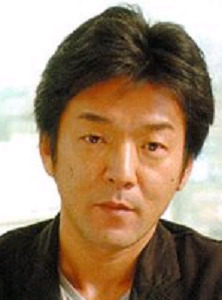 Tokuro Fujiwara is a Japanese video game designer and producer who formerly worked at Capcom. Fujiwara has been involved in the development of many classic Capcom video games such as Ghosts ‘n Goblins, Commando, Bionic Commando and Sweet Home, the survival horror game that inspired the creation of Resident Evil.

Fujiwara designed many of Capcom’s first arcade games, including Ghosts ‘n Goblins, Commando, Bionic Commando and Strider. He was promoted in 1986 and became head of the “First Planning Room”, one of Capcom’s three development groups at the time. After the development of Strider, in late 1988 Capcom restructured their development teams into two departments, one to handle arcade games and the other to focus on home consoles.

Strider turned out to be Fujiwara’s last arcade game, even though he desired to continue making arcade games, Capcom management moved him into the domestic division where he started work on Mega Man 2. While being a lead producer in Capcom’s domestic division, Fujiwara was involved in producing many of Capcom’s most popular games such as Sweet Home, Mega Man, Final Fight and Demon’s Crest. He also produced many of the Disney licenses games developed by Capcom such as Chip ‘n Dale Rescue Rangers, Duck Tales and Aladdin.

Fujiwara ended up leaving Capcom in late 1996 to start up his own development studio but not before producing the first entry in the Resident Evil series as his final contribution at Capcom. Fujiwara founded Whoopee Camp where he developed Tomba! And Tomba! 2: The Evil Swine Return before establishing Deep Space as a subsidiary of Sony Computer Entertainment Japan. Deep Space released Extermination and Hungry Ghosts before folding in 2003. Since the closure of Deep Space, Fujiwara has taken on a role as a freelancer working on games such as Ultimate Ghosts ‘n Goblins, Bionic Commando Rearmed and MadWorld.

Arcadology is a youtube channel that makes historical and discussion videos about video games.  The videos are researched, written, edited, and created by Spoiler Kevin.