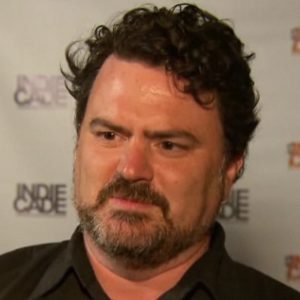 Tim Schafer is a video game designer, programmer and writer who spent a decade working at LucasArts before founding his own game studio, Double Fine Productions.   Schafer began his career at LucasArts in 1989, his first assignment was to implement the port of Maniac Mansion to the Nintendo Entertainment System and get familiar with LucasArts’ game engine SCUMM.

In 1990 Ron Gilbert was working on an approved concept known at the time as Mutiny on Monkey Island.  In order to flush out the story and characters, Gilbert brought Tim Schafer and Dave Grossman onto the project as writers.  Gilbert’s vision was for the story to have a comedic tone and felt that Schafer and Grossman’s personalities were a perfect fit for the game.

LucasArts were confident in Schafer’s ability after his involvement with The Secret of Monkey Island and Monkey Island 2: LeChuck’s Revenge and assigned him to lead his own projects.  Over the next couple of years Schafer would design Day of the Tentacle, a time-travel comedy adventure and the sequel to Maniac Mansion, Full Throttle and Grim Fandango.

As the President and CEO of Double Fine, Schafer has proven that he is able to adapt his company based on market demand, shifts in the gaming industry and financial uncertainties.  Along with his executive responsibilities he continues to act as the studio’s creative director and writer for the Psychonauts series.  Schafer is a popular personality in the video game industry and has hosted numerous award shows and conducted developer interviews at video game developer conferences.  In 2018 Schafer was awarded a Lifetime Achievement Award from Game Developers Choice Awards and received a BAFTA Fellowship at the British Academy Games Awards for his contributions in the video game industry.