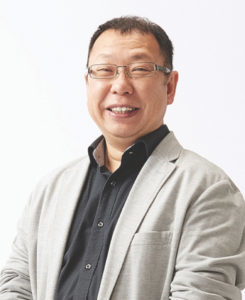 Takashi Tezuka is a Japanese video game producer and executive officer at Nintendo. A graduate of the Design Department of Osaka University of Arts, he joined the company in April 1984 and was involved with some of the most critically acclaimed Nintendo series, including Super Mario Bros. and The Legend of Zelda. Tezuka is fond of fantasy novels such as J. R. R. Tolkien’s The Lord of the Rings and wrote the story and script for The Legend of Zelda and Zelda II: The Adventure of Link.

Takashi Tezuka would lead the direction of some of the most popular and well received games on the Super Nintendo. Tezuka was the director for Super Mario World where he is attributed with the creation of such concepts as Yoshi. Tezuka was involved in the creation process of Yoshi, after Shigeru Miyamoto originally wanted Mario to ride a horse in Super Mario Bros. 3. The next installment in the Super Mario series, “Super Mario World 2: Yoshi’s Island” would be one of his favorites and because of this, he stated in Nintendo Power that Yoshi is his favorite character.

Between development of Super Mario World and Super Mario World 2: Yoshi’s Island, Tezuka directed The Legend of Zelda: A Link to the Past and The Legend of Zelda: Link’s Awakening. Takashi Tezuka later became the general manager of all five of the Nintendo EAD studios along with Shigeru Miyamoto. He still plays a major role in the development of games, but he no longer directs them. His recent works include the Yoshi, Animal Crossing, Pikmin, New Super Mario Bros. and Super Mario Maker series, among various others.