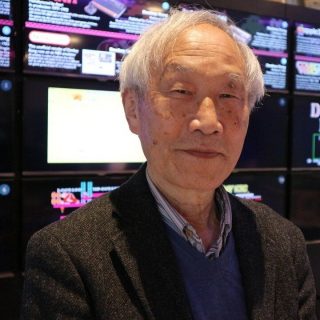 Masayuki Uemura is a retired Japanese engineer and video game producer that worked for Nintendo from 1972 until 2004.  Uemura was appointed head of Nintendo’s Research & Development 2 division and was given the task to design Nintendo’s first cartridge-based home video game console.  As the chief designer of the Family Computer, commonly referred to as the Famicom, Uemura had a profound impact on the home video game console industry by creating a console that would end up setting the standards for home consoles for decades.

Even though Uemura designed Nintendo’s first cartridge-based game console the Famicom, the system that would eventually be redesigned as the Nintendo Entertainment System as well as the Super Famicom his reputation never seems to have reach the heights of others within Nintendo.  While game designers such as Shigeru Miyamoto, Satoru Iwata and Eiji Aonuma seem to get most of the attention from game fans it was the hardware designed by Masayuki Uemura that served as the basic platform required for them to create their games.

The importance of Masayuki Uemura’s achievements helped shaped the video game industry and his profound impact on the home console industry revitalized the video game market in North America.  Uemura was instrumental in helping Nintendo transition from a small Japanese hanafuda card manufacture to a toy maker and ultimately to one of the most successful video game companies in the world.  Uemura retired from Nintendo in 2004, and served as the director of the Center for Game Studies at Ritsumeikan University in Kyoto until his death on December 6, 2021.