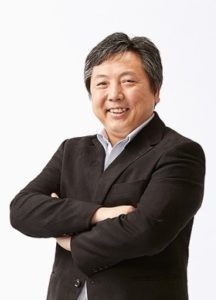 Katsuya Eguchi is a Japanese video game producer at Nintendo. Eguchi is mainly known as the producer of the Animal Crossing series and has focused the majority of his career on games that would attract a broader more casual audience. In his early career he acted as a level designer on such titles as Zelda II: The Adventure of Link, Super Mario Bros. 3 and Super Mario World before moving on the role of director.