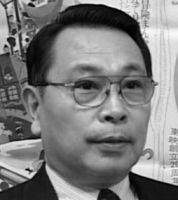 Later Ikeda became president of another joint venture. This one was founded between Nintendo and Hudson in 1998 and was called Monegi. Although neither Monegi nor Ikeda appear in credits, this team is the development team behind the Hudson accredited Mario Party series.

At first, Monegi was a Nintendo first party company, but after 2000 it belonged to Hudson. After Mario Party 8 the company seems to have dissolved and the series went on hiatus. Many former Monegi staff now work at ND Cube and develop the new Mario Party games.