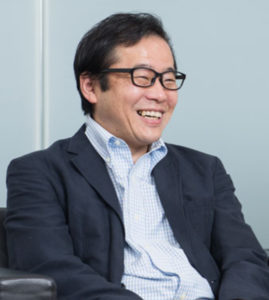 Hideki Konno is a video game director and producer who works for Nintendo. He joined the company in April 1986 where he worked on titles such as Ice Hockey, Super Mario Bros. 3 and Super Mario World. Konno went on to co-direct Super Mario Kart with Tadashi Sugiyama, where he oversaw the technological aspects of the game. This work led him to direct Mario Kart 64 and eventually became the main producer of the Mario Kart Series.

Konno would become the group manager of Nintendo EAD 1 where he was the lead producer for the Mario Kart and Nintendogs series of games, among others. Konno was also the hardware director for the Nintendo 3DS, and worked on most of the connectivity features of the console such as StreetPass and SpotPass.

In 2015, Konno began managing Nintendo’s mobile projects at their Entertainment Planning & Development division. He has produced the mobile games Fire Emblem Heroes and Animal Crossing: Pocket Camp.  Fire Emblem Heroes is a free-to-play tactical role-playing game developed by Intelligent Systems and published by Nintendo for Android and iOS. Fire Emblem Heroes is a mobile spin-off which has been downloaded over 14 million times and has grossed over $500 million for Nintendo.