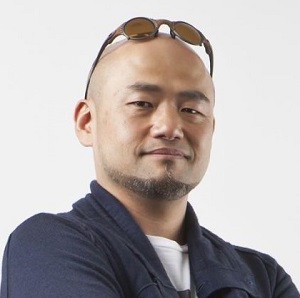 Hideki Kamiya is a Japanese video game designer and director known for his fast-paced action games such as Devil May Cry, Viewtiful Joe, Bayonetta and The Wonderful 101. Kamiya began his career at Capcom in 1994 as a game designer. His first assignment was the original Resident Evil where he took on the role of planner under the direction of Shinji Mikami.

During his time at Capcom he directed Resident Evil 2, conceived Devil May Cry and directed Viewtiful Joe before joining Clover Studio where he wrote the story for Viewtiful Joe 2 and directed Okami. After the completion of Okami, Kamiya parted ways with Capcom to form his own studio with 2 other Capcom employees.

As the cofounder and chief game designer of PlatinumGames, Kamiya wrote and directed the original Bayonetta. Since 2013 the team has developed a close relationship with Nintendo, which funded several projects including The Wonderful 101, Bayonetta 2, Astral Chain and Bayonetta 3. All of which Kamiya played a major role in the development and creation of these Nintendo exclusive games.