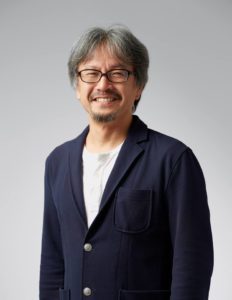 Eiji Aonuma is a Japanese video game designer and producer at Nintendo. Aonuma primarily focuses on The Legend of Zelda series with his involvement in the series stretching back to 1998 with the release of Ocarina of Time.

Eiji Aonuma’s involvement with Nintendo started right out of University, when he interviewed at Nintendo and secured a position after showing Shigeru Miyamoto samples of his college work. Aonuma’s first assignment involved graphic design, creating sprites for NES Open Tournament Golf in 1991. Aonuma took on his first director role on Marvelous: Mōhitotsu no Takarajima for the Super Nintendo. Miyamoto recruited Aonuma to join the development team for the Legend of Zelda series based off his work and position on the Marvelous team.

Moving forward after the completion of The Wind Waker on the GameCube, Aonuma assumed the role of Producer for every major release in the series since. In November 2016, Aonuma was honored with a Lifetime Achievement Award at the Golden Joystick Awards. In June 2019, he was promoted to the position of Deputy General Manager of Nintendo’s Entertainment Planning & Development division.

Lifetime Achievement Award & Documentary By Did You Know Gaming