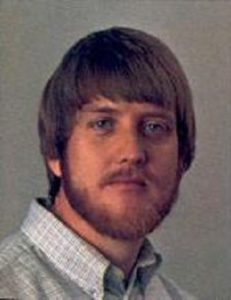 David Crane is a video game designer and programmer who is best known for creating Pitfall! and A Boy and His Blob.  Crane began his career in hardware design with National Semiconductor before starting his programming career at Atari.

Crane obtained a Bachelor of Science degree in Electrical Engineering Technology in 1975 from the DeVry Institute of Technology in Phoenix, Arizona.   His electrical engineering education and experience in hardware design at National Semiconductor greatly helped with programming games for the Atari 2600 as he had a better understanding of the fundamental hardware components found in the console.  Understanding the consoles chipset allowed for him to get more out of the system to create more detailed and complex games.

While at Atari he created a few games but grew dissatisfied with the company due to how they were treating their programmers.  The programmers at Atari became disgruntled with the company for not crediting game developers or compensating them for games that sold well. Many of Atari’s programmers decided to leave the company to form their own independent software companies. Four of Atari’s top programmers David Crane, Larry Kaplan, Alan Miller and Bob Whitehead left Atari in late 1979 to form their own software company. On October 1st, 1979 Activision was founded by Jim Levy, Richard Muchmore and the four ex-Atari programmers.

Activision became the world’s first independent developer and distributor of video games for gaming consoles. Before Activision, games for home consoles were published exclusively by the makers of the systems. Since the four programmers at Activision already had much experience with the Atari VCS their first products were cartridge games for the Atari VCS console. Activision titles quickly became more popular than those of Atari’s itself resulting in Atari trying to block 3rd party development for their console in court but failed.

Crane spent 7 years at Activision creating games such as Dragster, Freeway, Grand Prix, Pitfall!, Ghostbusters and Transformers: The Battle to Save the Earth.  Pitfall! in particular became a massive success for Activision selling over 4 million copies on the Atari 2600 and is the second best-selling game for the Atari 2600 after Pac-Man.

In 1986, he decided to leave Activision due to not sharing the same vision for the company as the newly appointed CEO, Bruce Davis.  Crane co-founded Absolute Entertainment with Garry Kitchen, a video game publishing company with its own in-house development studio, Imagineering.  Crane continued to be involved with the development of video games with Imagineering designing A Boy and His Blob, The Simpsons: Bart vs. the World and David Crane’s Amazing Tennis.

In 1995, Garry Kitchen and David Crane founded another company Skyworks Technologies where Crane took on the role of Chief Technical Officer stepping away from his direct involvement in game design and programming.   In the third quarter of 1995, Absolute Entertainment went bankrupt and suspended operations and laid off most of its staff.  Since Kitchen had already formed a new company with David Crane called Skyworks Technologies, some of the employees transitioned to the new company.

GameSpot is all about video games and the gamers that love them. They live, eat, breathe and probably do lots of other things with video games that shouldn’t be allowed in polite society.