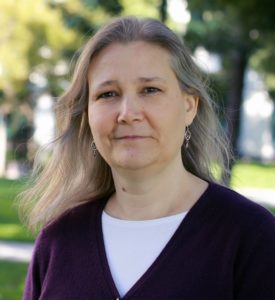 Amy Hennig is an American video game director and writer best known for her work on the Uncharted series.  Hennig began her career in the video game industry when she took a job as a freelance artist in 1989 to work on an Atari 7800 game entitled Electrocop.

She continued to work on video games as an artist landing a job with Electronic Arts in 1991.  In 1993 she was given the opportunity to back fill the role of lead designer on Michael Jordan: Chaos in the Windy City for the Super Nintendo when the lead designer quit.

Continuing to pursue opportunities to become more involved with the story aspect of video game development she accepted a job with Crystal Dynamics in 1995 where she began her career as the Design Manager for Blood Omen: Legacy of Kain for the PlayStation, her influence on the game turned it into a franchise.  Hennig and Seth Carus wrote and developed a script for a new game called “Shifter” which ended up being reworked into Legacy of Kain: Soul Reaver at the request of management.  Hennig was put in charge of the project and would act as the producer, director, designer and writer for the game.

Hennig’s work has influenced a multitude of video game creators and is beloved by millions of gamers.  In March 2019 she was presented with the lifetime achievement award at the Game Developers Choice Awards and remains one of the most influential video game creators.