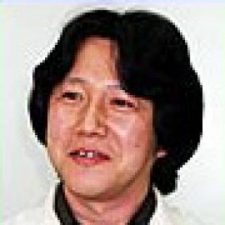 Akito Nakatsuka is a Japanese video game composer and sound designer.  Nakatsuka began his career in the video game industry in 1984 when he was hired by Nintendo after graduating from university.  He initially joined Nintendo’s Research & Development 2 Division as a sound composer with his early compositions utilizing Hirokazu Tanaka’s sound driver.  His first project included Devil World, Excitebike, Ice Climber, and several other Nintendo classic titles.

Natkatsuka would later program his own sound engine in 1986 which was adopted by the R&D2 team.  His sound driver took advantage of the additional audio capabilities of the Famicom Disk System with its extra sound channel.  While he has composed music for a multitude of games across several of Nintendo’s consoles he is best known for the Zelda II: The Adventure of Link and Mike Tyson’s Punch-Out!! soundtracks for the Nintendo Entertainment System.  In addition to creating music for Nintendo’s video games he has also composed music for some of their hardware peripherals such as the Famicom Disk Writer and Super Game Boy.

In 1995 Nintendo released the Satellaview, a satellite modem peripheral for the Super Famicom in Japan.  This allowed gamers to play games that were broadcasted via satellite on their Super Famicom.  Nintendo produced several Satellaview games based on its popular franchises as well as created several original games for the service which Nakatsuka composed the music for many of the titles.

Around 2005 his focus has shifted from creating his own original works to directing and supervising the work of other composers.  Nakatsuka was appointed manager of Nintendo Software Planning & Development’s sound division, where he has provided sound supervision and support to younger staff.