Tengen was a video game developer and publishing company owned by Atari.  The company was established on December 21, 1987 as a subsidiary of Atari Games.   The company is best known for circumventing the Nintendo Entertainment System’s lockout chipset and publishing unlicensed games for the Nintendo Entertainment System without the consent of Nintendo.

Jack Tramiel renamed Atari, Inc. to Atari Corporation after the acquisition and the coin-op division of Atari, Inc. that was retained by Warner Communications was changed to Atari Games.   The agreement between Tramiel and Warner Communications was that the coin-op division was to always include the word “Games” after the Atari logo so that the two companies could be distinguished from one another.  Also included in the agreement was that Atari Games could not use the Atari brand at all in the consumer market for computers and home console games.  This agreement led to the creation of Tengen Inc. when Atari Games wanted to re-enter the home video game market in late 1987.

While Atari Games were able to continue to use the Atari brand for the release of arcade games, they did not have the same luxury when it came to releasing home console games.  When Atari Games decided to enter into the home console game market once again it needed to create a new label that did not include the name Atari.  This resulted in Atari Games creating a subsidiary company that would be responsible for the release of console and computer video games.   The new subsidiary was named “Tengen” a reference to the Japanese board game “Go” which Atari was originally named after.  While the name Atari referenced a strategic move in the Japanese board game “Go”, the name Tengen referred to the central point of the board. 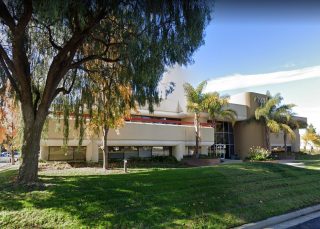 The program used in the Nintendo Entertainment System’s CIC was called 10NES which the team at Tengen tried to reverse engineer to get around having to license games with Nintendo.  Atari Games began development of a chip called “Rabbit” that would allow them to circumvent Nintendo’s lockout system.  At the time numerous manufactures managed to override Nintendo’s lockout chip by incorporating a circuit in their cartridges that would create a voltage spike to knock the authentication unit offline.  Tengen’s engineers did not want to proceed in this fashion as they feared this could potentially cause damage to the console and expose them to unnecessary liability.  Another concern with proceeding with this same technique was that Nintendo made frequent modifications to their console hardware to prevent this technique from working and their games made not function on newer released consoles.

Tengen proceeded with trying to reverse engineer the chip and decipher the code required to authenticate passed the lockout chip.  Tengen struggled with reverse engineering the 10NES in a timely manner and unable to do so by the launch date of its first batch of games.  Due to time constraints the team at Tengen decided to take another approach to reverse engineering Nintendo lockout system by contacting the United States Copyright Office and requesting a copy of the Nintendo lock-out source code.  Tengen’s lawyers contacted the copyright office to request the copy of the code claiming that they needed it for potential litigation against Nintendo.  Once the code was obtained, it was used to program and create their own chip that would authenticate with Nintendo lockout chipset.

In December 1988, Tengen announced that they were going to manufacture and release their own cartridges for the Nintendo Entertainment System going forward.   When Tengen released their first unlicensed game for the Nintendo Entertainment System, Nintendo immediately filed a lawsuit against Tengen for copyright and patent infringement.   This began a series of lawsuits between the two companies that would not be settled until 1994. 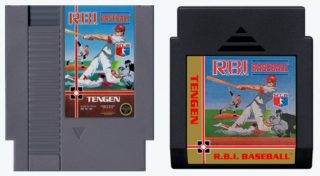 Tengen ended up releasing only three Nintendo licensed games before successfully creating their own chipset that could authenticate passed Nintendo’s lockout chip.  Tengen began manufacturing their own unlicensed game using a rounded matte-black cartridge that had some resemblance of an Atari VCS cartridge which stood out from Nintendo’s official grey cartridge.  Tengen decided to manufacture unlicensed versions of the three officially licensed games they previously released through Nintendo while working to develop a chipset that would bypass Nintendo’s lockout system.  The three Tengen published games, R.B.I. Baseball, Gauntlet and Pac-Man had an official Nintendo license version and unlicensed version released for the Nintendo Entertainment System. Tengen also decided to re-release an unlicensed version of Indiana Jones and the Temple of Doom which was developed by Tengen however published by Mindscape prior to the developer having a publishing license from Nintendo.

While Tengen initial started with releasing home conversions of Atari Games’ arcade games they also published conversions of other manufacturers’ arcade games such as Sega, Namco and Toaplan.  On October 21, 1988 Tengen Ltd. was established by Atari Games as the Japanese subsidiary of Tengen Inc.  In addition to releasing games for the western market, they also began developing games for the Japanese market.

Tengen began to move its focus to develop and publish games for Sega systems during the 16-bit era.   Sega had a two-year head start over Nintendo in the 16-bit era and gained a sizeable market share in the home console market, allowing Tengen to start developing and publishing games by the Nintendo Entrainment System.  Tengen began separating themselves from Nintendo and started producing games for the Sega Genesis, Mega Drive, Master System, Game Gear, Sega CD, TurboGrafx-16 and PC Engine.  In addition to releasing games for home consoles they also licensed games for home computers such as the Amiga and Atari ST.

In 1994 the lawsuit filed by Nintendo was settled and after Time Warner reacquired a controlling stake in Atari Games, Tengen was consolidated into Time Warner Interactive.  In 1996 WMS Industries acquired Time Warner Interactive Inc. and the name was reverted back to Tengen, Inc. however the company remained inactive until it was finally dissolved in 1999.

The history of Tengen & their battle with Nintendo