SRD were a Nintendo partner that programmed various Nintendo developed titles. They had no capital relationship with Nintendo up until 2022 when Nintendo acquired the company.  Prior to the acquisition they had very strong ties to Nintendo, so much so that the company’s games division was already located within Nintendo’s main office in Kyoto for many years.

SRD has provided programming support for nearly every Nintendo EAD developed title since the mid 1980’s. Hiroshi Ikeda’s creative team in R&D4 had many video game design ideas but was lacking the necessary programming skills to make it all happen. Toshihiko Nakago, and his small company Systems Research & Development, had expertise in computer design and was very familiar with the Famicom chipset.

They ended up creating Nintendo’s two most enduring franchises: Mario and Zelda. The phenomenal sales of Super Mario Bros. and The Legend of Zelda fueled the expansion of the company with young game programmers. In addition to programming many of Nintendo’s games, the company was also involved in the back-end system development of the Nintendo eShop service.

On February 24, 2002 Nintendo announced that they would be acquiring Systems Research and Development by purchasing 100% of the outstanding shares in the company.  The move to make SRD a wholly owned subsidiary allows Nintendo to strengthen the management base of SRD and secure the availability of software development resources for Nintendo. 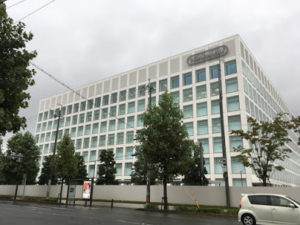