Project Sora was a Japanese video game development studio founded by former Nintendo president Satoru Iwata and former HAL Laboratory employee and founder of Sora Ltd, Masahiro Sakurai.  The development studio was founded on January 22, 2009 after the successful launch of Super Smash Bros. Brawl for the Nintendo Wii, a project that Masahiro Sakurai and his company Sora Ltd was heavily involved with.

In July 2008, after the completion of Super Smash Bros. Brawl, Iwata asked Sakurai to create a launch title for Nintendo’s new handheld console that was in development, the 3DS.  At the time Sora Ltd, which had developed Super Smash Bros. Brawl, had ben drastically reduced in size as most of the game’s staff had been either from other Nintendo teams or outsourced.  Sakurai accepted Iwata’s offer and began planning out his vision for a game that would take advantage of the new console’s hardware.

Sakurai had full control over the project and was only asked by Iwata to create a launch game for the upcoming console.  Sakurai’s original conception for the game was for it to be a third-person shooter, a genre unpopular in Japan at the time yet seemed suitable for the planned 3D effects of the new console’s hardware.  The concept began as an original title with no intentions to use a pre-existing Nintendo franchise, however in later discussions with Iwata, Sakurai decided to use an existing Nintendo IP as the game’s basis.  This decision was inspired by the feedback Sakurai received from fans of Super Smash Bros. Brawl that many members of its character roster had not been in an original game for years.

After receiving Iwata’s blessing to utilize a Nintendo IP for the game, Sakurai ran through the possible franchises that had the potential to fit the gameplay concept of a third-person shooter that took place in both the air and on land.  Sakurai narrowed down the selection to two franchises, Star Fox and Kid Icarus.   After further consideration he felt that there were some restrictions with implementing the planned gameplay features using the Star Fox setting.   This made Kid Icarus the clear choice and supported the feedback received from Smash Bros. fans where Sakurai could revive a franchise that had been dormant for quite some time.

Sakurai spent time planning out the concept for the game and in January 2009, the development studio Project Sora was established for the development of Kid Icarus: Uprising.  The development studio was formed in partnership with Nintendo who was the majority stakeholder owning 72% of the studio while Sora Ltd. held the other 28% ownership.  The new studio was created with a 200 million Yen (approximate 2 million dollar) investment.

Project Sora opened an office in Tokyo, Japan and started recruiting employees in March 2009.   The company employed approximately 30 employees as they developed Kid Icarus: Uprising for the Nintendo 3DS.   After 3 years of development Uprising released on March 22, 2012 to critical acclaim for its story, graphics, music and gameplay.   The game was quite successful upon release, going on to sell over 1.34 million units worldwide.

After the release of Kid Icarus: Uprising, the studio officially closed on June 30, 2012, making Uprising the studios only release.  No public statement was made on the reason for the studios closure however Sakurai and Sora Ltd where heavily involved with a new Super Smash Bros. for the Wii U and 3DS with Namco Bandai at the time of the announcement.  Super Smash Bros for the Wii U and 3DS was first announced by Satoru Iwata at E3 2011 in June 2011 but development only officially began following the completion of Kid Icarus: Uprising in March 2012.   Masahiro Sakurai was the Super Smash Bros. series creator and was the director of every Smash Bros. games since its inception.  The most likely reason for the closure of Project Sora was a shift in priorities and the need to have Sakurai and Sora Ltd 100% focused on the Smash Bros series at the time. 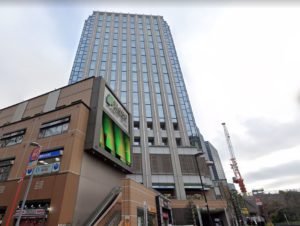 IGN provides the latest game reviews, trailers and walkthroughs.  As the leading source for gaming news on the internet, IGN.com provides inside scoops on  what’s hot in the world of video games and entertainment.