Panic Button is a video game developer based out of Austin, Texas. Founded in 2007 by four coworkers that worked together at Acclaim Entertainment, a now defunct video game publisher. The development studio is currently best known for their AAA video game ports from other platforms to the Nintendo Switch.

The founders of Panic Button, Craig Galley, D. Michael Traub, Russell Byrd and Aaron Smischney joined video game developer Inevitable Entertainment after leaving Acclaim Entertainment. Inevitable Entertainment was acquired by Midway Games in 2004 and renamed Midway Studios Austin. After the acquisition Midway decided to remove all game development responsibilities from the studio and tasked them with streamlining Midway’s development tools and technology instead.

The desire the four founders had to return to game development drove them to leave Midway and establish Panic Button at the end of 2007. In January 2008, they rented a small office space with aspirations to get back involved with game development by forming partnerships with other game studios and publishers.

In order to form a steady revenue stream, they developed a few low-budget titles while building relationships with other game studios. For several years, Panic Button worked silently in the shadows contributing to various games under development by other studios. They helped optimise Dragon Age: Origins to be able to fit on the limited memory available on the existing home video game consoles. They improved server stability for Star Wars: The Old Republic, created characters for ReCore and helped Ms. Splosion Man make it way onto the PC.

The development studio quietly grew over the years by assisting other game developers with their projects. In 2015, Panic Button began working with Psyonix and was given the opportunity to port Rocket League to the Microsoft Xbox One and add 4K support to the Sony PlayStation 4 Pro version of the game. The massive success of Rocket League drew demand for a Nintendo Switch port. In 2016 they developed a Nintendo Switch port of Rocket League and received recognition from the industry on how well the port came out on a system that was considered vastly underpowered in comparison to the other current generation consoles.

In 2017, the studio appeared to pull off the impossible by porting the critically acclaimed video game Doom to the Nintendo Switch. The industry was flabbergasted on how well the port came out and that it was possible to achieve a well-developed version of Doom on the Switch’s hardware. They continued to shock the industry by delivering extremely high-quality ports of technically advanced games such as Wolfenstein II: The New Colossus and Warframe on the Nintendo Switch. Panic Button has set the standard in which other developers are compared to when developing games for the Nintendo Switch and continues to raise the bar with every release. 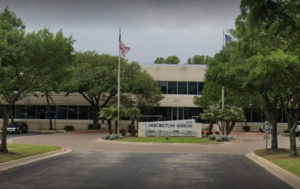 An indepth look at Panic Button ports with Digital Foundry