Nintendo Research & Development 4 commonly abbreviated as Nintendo R&D4 was a development group that was formed for Shigeru Miyamoto in 1983 after he proved he can consistently produce outstanding games. During the 1970s, when Nintendo was still predominantly a toy company, they decided to expand into interactive entertainment and the video game industry. Several designers were hired to work under the Creative Department, which, at the time, was the only game development department within Nintendo. Among these new designers were Makoto Kano, who went on to design various Game & Watch games, and Shigeru Miyamoto, who would create various Nintendo franchises. In 1972, the department was renamed to Research & Development and employed about 20 people. The department was later consolidated into a division and separated into three groups, Nintendo R&D1, R&D2 and R&D3.

Hiroshi Yamauchi, former president of Nintendo, rewarded Shigeru Miyamoto his own development studio after proving himself with the Donkey Kong video games and Mario Bros. Yamauchi appointed Hiroshi Ikeda, former president of Toei Animation, as general manager, and Miyamoto as chief producer. Takashi Tezuka joined Shigeru Miyamoto in creating the R&D4 games, almost all of which were composed by Koji Kondo. They made a great team and to this day still work together.

With the arcade market dwindling, Nintendo R&D1’s former focus, the department concentrated most of their software development resources on the emerging handheld video game console market, primarily thanks to the worldwide success of Nintendo’s Game & Watch. This catapulted the R&D4 department to become the lead software developer for Nintendo’s home video game consoles, developing a myriad of games for the Famicom/NES home console.

Hiroshi Ikeda’s creative team had many video game design ideas but was lacking the necessary programming skills to make it all happen. Toshihiko Nakago, and his small company Systems Research & Development (SRD), had expertise in computer design and was very familiar with the Famicom chipset. SRD was originally hired to work with Masayuki Uemura’s Nintendo R&D2 to internally develop software development kits. When Nintendo R&D2 and SRD jointly began porting over R&D1 arcade games to the Famicom, Shigeru Miyamoto took the opportunity to lure Nakago away from R&D2, to help Miyamoto create his first Nintendo R&D4 video game, Excitebike. This would form the original R&D4 department composing of Miyamoto, Takashi Tezuka, and Minoru Maeda handling Game design; Koji Kondo and Akito Nakatsuka handling sound design; and Toshihiko Nakago and SRD became the technology and programming core.

They ended up creating Nintendo’s two most enduring franchises: Mario and Zelda. The phenomenal sales of Super Mario Bros. and The Legend of Zelda fueled the expansion of the department with young game designers such as Hideki Konno, Katsuya Eguchi, Kensuke Tanabe, who would later become producers themselves.

In 1989, one year before the Super Nintendo Entertainment System (SNES) was released in Japan, the R&D4 department was spun-off and made its own division named Nintendo Entertainment Analysis & Development (EAD). The division was comprised into two departments: the Software Development Department, which focused on video game development and was led by Miyamoto, and the Technology Development Department, which focused on programming and developing tools and was led by Takao Sawano. Nintendo EAD was the largest game development division of Nintendo that eventually merged into Nintendo EPD. 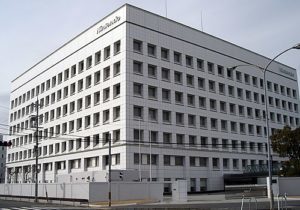