When Nintendo president Hiroshi Yamauchi decided to split their research and development department into two divisions in 1977, Gunpei Yokoi was appointed general manager of R&D1, and Masayuki Uemura was made head of R&D2.   As Nintendo continued to grow so did the need to expand.  The purpose of separating the research and development department was to allow each group to specialize and have a core focus area.   With R&D1 focused on the creation of arcade games and R&D2 focused on the creation of dedicated home consoles this allowed Nintendo to streamlined production.

This worked very well for Nintendo for several years until R&D1 ventured into the handheld market with the creation of the Game & Watch line.   The success of the Game & Watch handheld line stretched the R&D1 team’s resources thin and the team was no longer able to produce as many arcade systems as possible.  R&D2 was also in the process of transitioning away from developing dedicated home consoles to designing a new system that was capable of playing games on interchangeable cartridges which would require additional game development cycles.  It became apparent that a new division was required to compliment the other two divisions by assisting with hardware improvements and additional game development. 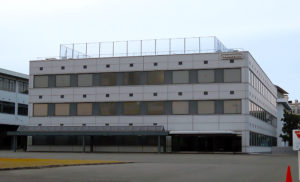 In December 1980, Genyo Takeda was appointed general manager of the newly formed division.   Takeda was hired by Nintendo in 1972 by Gunpei Yokoi and worked alongside him in Nintendo’s Research and Development department on early arcade machines.   While working in Nintendo‘s original R&D department before Nintendo began subdividing the department into multiple divisions, he also worked with Masayuki Uemura on an electronic shooting range, Nintendo’s Laser Clay Shooting System.  Takeda had a background on the hardware that was being developed within both R&D divisions and was the perfect candidate to lead a new division that had the purpose to work with both groups on hardware improvements and software development.

With R&D1 heavily invested in the new Game & Watch line of handheld devices and R&D2 busy researching the feasibility of creating a console that took interchangeable cartridges, the newly formed R&D3 began assisting R&D1 with the development of arcade systems.  The new division began by assisting the other divisions where needed but by 1983 they would start working solely on their own initiatives.

In early 1983 Nintendo had an excessive amount of video monitors from basing their purchase estimates off the success of the Donkey Kong series.   Nintendo was faced with the dilemma of either getting rid of the overstock of monitors due to the cost of storing them in a warehouse or find a suitable way to utilize them quickly.   This led to the idea of possibly making an arcade game that used two monitors.   Nintendo assigned the R&D3 team led by Genyo Takeda to develop an arcade cabinet that could incorporate two displays.

R&D3’s primary responsibility was hardware, finding new and innovative ways to get more out of the hardware and push games beyond their technical capabilities. The team was already experimenting with a new technology that allowed developers to zoom in on an object. Takeda wanted his team to utilize this new ability in the design of the new game. Their first concept was a racing game with two monitors side by side, but the technology was not powerful enough to process the game and only one image could be enlarged at a time.

With the limitation of only being able to zoom in on one object at a time, Takeda decided that it would be best to make that object a person. Ultimately this decision led the team to land on the concept of developing a boxing game which would evolve into the arcade game Punch-Out!!.  The success of the Punch-Out!! arcade game led the team to develop a sequel releasing Super Punch-Out!! the following year in 1984.

The development group continued to work on arcade technology and games up until the Family Computer (Famicom) was ready to be adapted for the western market.   Nintendo began adapting the Famicom for North America which led to the introduction of the Nintendo Entertainment System in 1985.  The system was first release to test markets before releasing nationwide in September 1986.  By the time the system released in North America the technology was already 3 years old as the Famicom was designed and released in Japan in July 1983.   Nintendo began the process of porting their arcade games and releasing new titles for the system but quickly ran into technology limitations.

This led to R&D3 being assigned to looking for ways to get around the system’s technical limitations in order to develop lengthier and more complex games which would ultimately extend the life span of the console.  The microchips being used in the early Nintendo Entertainment System cartridges were very limited and the group began researching ways to enhance the chips to expand upon the systems capabilities.  One of the major limitations of the cartridges was the inability to save directly to the cartridge.  The cartridges contained RAM that had the ability to have data written to it but required power for the data to be retained.   When the console was powered off and electricity was no longer being supplied to the cartridge all information stored in memory would be erased.

One of the first innovations the team made to the cartridge was to incorporate a battery back-up which would supply a constant source of power to the RAM contained within the cartridge.  This gave the cartridge the ability to save data and allowed for developers to create lengthier games.   The first game to take advantage of this new enhancement was The Legend of Zelda, the new ability allowed for the game to be much larger in size as players were not required to complete the game in one session. 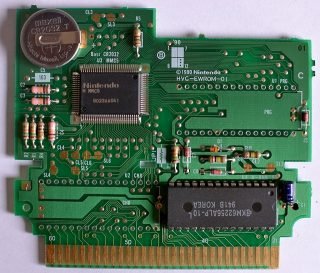 R&D3 thrived in creating technologies that would allow development teams the ability to create games that were not previously possible.  The team was instrumental in creating bank switching and multi-memory controllers or memory management controllers (MMC) chips found in cartridges through out the lifespan of the Nintendo Entertainment System.  These chips extended the capabilities of the original console and made it possible to create games with features the original console could not achieve on its own.

The basic Nintendo Entertainment System hardware only supported 40k of ROM total, up to 32k PRG and 8k CHR.  With the PRG ROM containing the game’s “program” and the CHR ROM containing the graphics and all visual assets such as sprites, backgrounds, etc. with these limitations only a single tile and sprite table were possible.   This limit was quickly reached by developers leading to the request of ways to expand the console’s capabilities, this was done by the development of various MMC chips by the R&D3 team.

The earliest bank switching hardware introduced by the team was the CNROM which expanded the total amount of ROM to 96k.   The new chipset supported a single fixed PRG bank and up to eight CHR banks however developers were still able to utilize the additional CHR banks for stored game level data by loading a blank screen while the information was being read.  Continue refinement led to the release of the UNROM in late 1986 which supported a single fixed 16k PRG bank with the rest of the PRG being switchable.   Instead of having a dedicated CHR ROM chip to hold graphics data, games that utilized the UNROM chipset could store graphic data on the PRG ROM and copy it to a RAM on the cartridge at run time.

The team continued to design and develop ways to continue to archive more from the Nintendo Entertainment System hardware by the development of the multi-memory controllers or memory management controllers (MMC) integrated circuit.   Their first MMC, the MMC1 provided the ability to save games and incorporated multi-directional scrolling configurations.  The team further refined the MMC chipset throughout the lifecycle of the Nintendo Entertainment System, releasing a total of six different various (MMC1 through MMC6).  The MMC5 was Nintendo’s most advance MMC supporting up to 2MB total ROM, however due to cost constraints no game exceeded the use of 1MB. 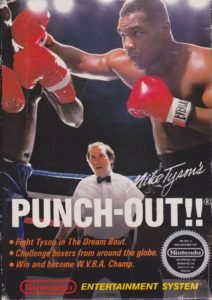 While the development team was constantly working on improving the Nintendo Entertainment Systems capabilities through hardware advancements, they also continued to work on software development releasing a handful of games over the lifespan of the Nintendo Entertainment System.  Initially the development team focused on creating several sports titles that would cater to a North American audience such as Pro Wrestling and Volleyball before creating an adaptation of their highly successful arcade title, Punch-Out!! that would end up featuring Mike Tyson.

The team spent the next four years developing Zoda’s Revenge: StarTropics II for the Nintendo Entertainment System and Super Punch-Out!! for the Super Nintendo which both released in 1994 before shifting their focus back to hardware development.  In late 1993, Nintendo entered into an agreement with Silicon Graphics, Inc (SGI) to develop arcade hardware that would then be used to develop their next home console.   This agreement initiated Project Reality which would ultimately become the Nintendo 64. 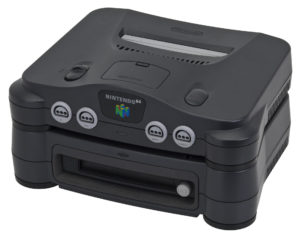 With the new agreement in place R&D3 began investing their time in the development of Nintendo’s next home console, the Nintendo 64.   The division assisted SGI and other internal groups with elements of the development of the Nintendo 64 while developing Pilotwings 64 and creating numerous hardware accessories for the system’s new controller such as the Controller Pak, Transfer Pak and Rumble Pak.  After the launch of the Nintendo 64 the division focused on hardware improvements which could improve the performance of the console and possibly expand the system’s lifespan.   Two such items were the Expansion Pak which was introduced with the release of Donkey Kong 64 and the 64DD, a disk drive addon that was released exclusively in Japan.