Next Level Games is a Nintendo first party studio that was originally founded as an independent video game developer by former Black Box Games employees after they were acquired by Electronic Arts (EA). Founded by Douglas Tronsgard and his three partners David Catlin, Eric Randall and Jason Carr in October 2002, the Canadian based developer specializes in creating console video games. The studio prides themselves on providing their employees with a good work life balance by fostering a healthy, positive and creative environment.

The teams first project was NHL Hitz Pro which was published by Midway Games in 2003. It wasn’t long before they were approached by Nintendo to develop a Soccer game that incorporated characters and themes from the Mario franchise. Next Level Games chose to develop the game with similar mechanics as NHL Hitz Pro with its fast paced and physical nature. With the release of Super Mario Strikers, Next Level Games became the first studio outside of Japan to be trusted with the Mario franchise.

Super Mario Strikers for the GameCube was very successful and quickly became a fan favorite by Nintendo fans. Nintendo quickly made the decision to have Next Level Games create a sequel for their upcoming home console the Wii. Mario Strikers Charged for the Wii was praised upon release and surpassed the success of its predecessor by selling over 1.77 million copies.

Nintendo continued to entrust the Canadian based developer with their franchises by allowing them to tackle the Punch-Out!! series. The game was the first title in the series to be rendered in three-dimensions, to have full motion video, optional motion controls and a multiplayer option. The game breathed new life into the series which sat idle for over a decade with the last release on the Super Nintendo.

After the release of Punch-Out!! the developer formed relationships with Activision, Ubisoft and Sega to develop multiple games for the Wii, Xbox 360 and PlayStation 3. After a few years of working with other publishers, Nintendo would approach them once again to revive another beloved Nintendo franchise, this time Luigi’s Mansion. Luigi’s Mansion: Dark Moon for the Nintendo 3DS released in March 2013 and immediately received critical acclaim by reviewers. Selling over 5.45 million units worldwide, the success of Luigi’s Mansion strengthened their relationship with Nintendo and on January 9, 2014, the studio announced that it would work exclusively with Nintendo going forward.

The first title the studio produced after the announcement was Metroid Prime: Federation Force, a respectable game that was met with negative reception the moment it was announced by Nintendo.  Fans of the series disliked that the game bore very little resemblance to other titles in the franchise and did not feature the series protagonist, Samus Aran but instead focused on the Galactic Federation’s Federation Force.  Their next assignment from Nintendo was much less controversial when Nintendo asked them to create Luigi’s Mansion 3.   Luigi’s Mansion 3 released for the Switch on October 31, 2019 and was met with critical acclaim.   The game sold over 7 million copies within its first year of release.

Nintendo was pleased with the studio’s performance since their exclusivity agreement and on January 5, 2021 announced that they have entered into an agreement with the studio to acquire 100% of their shares to make the studio a wholly owned subsidiary of Nintendo.   The Acquisition is expected to close on March 1, 2021. 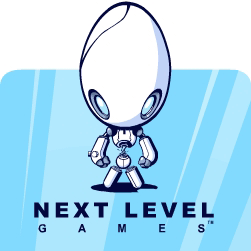 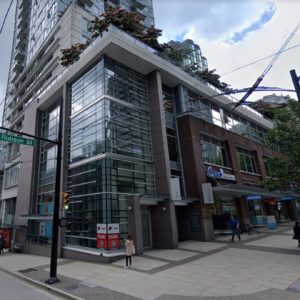 How Next Level Games Became a Nintendo 2nd Party Studio