Naughty Dog is one of the most successful game development studios in the industry and is one of Sony’s flagship first party studios. They have created many well-known franchises such as Crash Bandicoot, Jak, Uncharted and The Last of Us. They are responsible for some of the most critically acclaimed and commercially successful games on Sony’s PlayStation consoles.

The company’s roots go back to 1984 when JAM Software was established by founders Andy Gavin and Jason Rubin. Gavin and Rubin started an independent development company as teenagers in high school, they named their company JAM Software short for Jason and Andy’s Magic Software. They self published Math Jam for the Apple II computer, distributing floppy disks with photocopied instructions in a plastic bag. 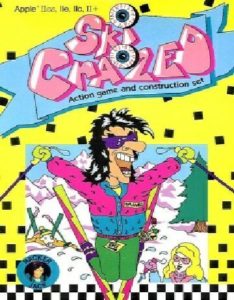 They signed their first publishing deal with Michigan based company Baudville for the Apple II computer. JAM Software created a skiing game called Ski Crazed which was successful enough to continue the partnership with Baudville. Their next game was an adventure game called Dream Zone which they released on the Apple II, Amiga and DOS computers in 1987.

Gavin and Rubin were able to form a partnership with Electronic Arts for the creation of a few games. During finalizing the contract with Electronic Arts, it was discovered that another company existed under the name JAM Software forcing Gavin and Rubin to change their company’s name before the contract could be finalized. They were under a tight timeline to get the contract finalized and had 24 hours to come up with a new name, they landed on Naughty Dog.

JAM Software was renamed to Naughty Dog on September 9, 1989 to begin their partnership with Electronic Arts where they created Keef the Thief for Apple II, Amiga and DOS computers and Ring of Power for the Sega Genesis in 1991. In 1994, Rubin and Gavin create a 3DO title Way of the Warrior and presented it to Mark Cerny of Universal Interactive Studios. Cerny was impressed with the game and signed Naughty Dog to a three-game deal with Universal Interactive Studios. 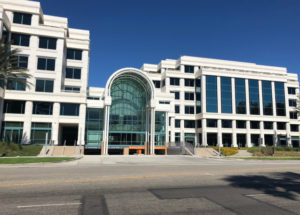 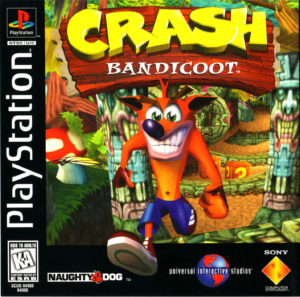 Rubin and Gavin travelled across the country to move Naughty Dog to the Universal Studios back lot, while forming their plans for a three-dimensional action-platform game which became the first Crash Bandicoot game. Forming the three-game deal with Universal Interactive Studios provided Naughty Dog with the needed funds to expand and hire employees for their next game. Production of the game began in 1994 with the creation of a tool called Game Oriented Assembly Lisp, to create the characters and gameplay. After 14 months of development, the game was shown to Sony Computer Entertainment, who then signed on to publish the game. Crash Bandicoot was shown to the public for the first time at E3 and went on to become one of the highest-selling titles for the PlayStation console, selling over 6.8 million copies. During its heyday, Crash Bandicoot became Sony’s official mascot and one of the most popular pop culture creations on the globe. The series spanned a total of eighteen Sony published games and has shipped over 40 million copies worldwide. 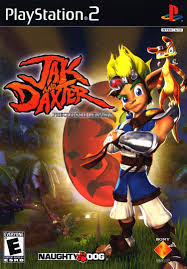 Naughty Dog continued to develop multiple sequels to the Crash Bandicoot series for the PlayStation console before turning their interest towards developing a new series. With Universal Interactive Studios owning the rights to the Crash Bandicoot series, Naughty Dog could not develop future games on their own. With the upcoming release of the PlayStation 2, Naughty Dog started development on Jak and Daxter and in 2001 prior to the games release they were acquired by Sony Computer Entertainment.

Jak and Daxter: The Precursor Legacy was their first game release as a Sony first party developer. The game spawned the Jak and Daxter series which would see similar success as the Crash Bandicoot series. Set on an unnamed planet, the games follow the two protagonists, Jak and Daxter as they try to unlock the secrets of their world, and discover mysteries left behind by the Precursors. The franchise has sold over twelve million copies worldwide to date. 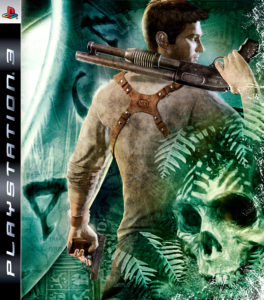 With the technical advancement of the soon to be released PlayStation 3, the team felt that the technology was at the point where they could tackle a realistic action adventure game and did not need to focus on an animated art style like they have in the past. They began work on the Uncharted series and made their first approach to realistic worlds and characters. The Uncharted franchise has been praised for its cinematic quality and technical proficiency. Due to the success of Uncharted, they in braced this new approach through the use of cutting-edge technology and evocative, character-driven storytelling for all future releases. As of December 2017, the total global sales of the Uncharted franchise surpassed 41.7 million copies sold. 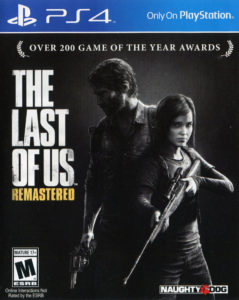 Currently Naughty Dog is focused on their newest franchise The Last of Us, a post-apocalyptic third-person action-adventure game. The game follows a teenage girl, Ellie and her adult protector, Joel in a post-apocalyptic United States overrun with humans infected with a disease. The Last of Us received universal acclaim upon release and a sequel is currently in development.