MercurySteam is an independent video game developer located in San Sebastian de los Reyes, Madrid, Spain.  The studio was founded in 2002 by Enric Alvarez and has became best known for developing the Castlevania: Lords of Shadow trilogy as well as for their recent involvement in the development of 2D Metroid games.

The studio struggled for their first few years before landing a deal with a large video game publisher.  In 2005 the studio developed a tech demo inspired by the 1973 movie, “The Exorcist” which impressed the team at Codemasters.   Codemasters asked that MercurySteam not show their demo to any other publishers and requested a meeting at their headquarters to review their tech demo in more detail.  Codemasters wanted to confirm that the demo was running in real time and discuss potential ideas for a game that they could contract MercurySteam to develop for them. 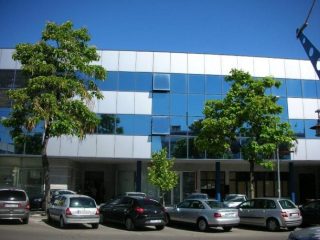 Codemasters were pleased with the presentation and offered the developer a deal to publish a horror themed first-person shooter.  The publishing deal with Codemasters secured enough funds to save the studio from closing and bought them some time to develop relationships with other third-party developers.  During the business trip to present their tech demo to Codemasters the team also met with Konami to discuss a potential partnership.  They met with Dave Cox, the studio head of Konami’s UK office which did not result in an immediate partnership but would payoff in the future after the team was done developing the horror themed “Clive Barker’s Jericho” for Codemasters.

The team found mild success with the release of “Clive Barker’s Jericho” but it wasn’t until Dave Cox contacted them back to work on the Castlevania series would they find great success and secure name recognition within the video game industry.  After the release of “Clive Barker’s Jericho” and a few years since the studios meeting with Konami, Dave Cox reached out to MercurySteam to see if they were interested in rebooting the Castlevania series.  The studio accepted Cox’s offer and entered into a three-game publishing deal with Konami. 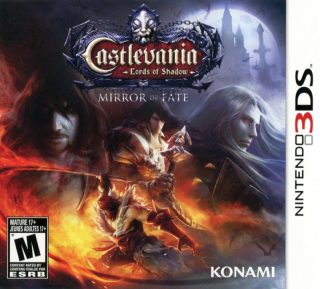 Konami held preliminary discussions with MercurySteam regarding the idea of rebooting the Contra series however the proposal did not work out.  Konami began to shift their business model to focus on other products and services in their portfolio such as pachinko machines, slot machines and anime among other things.   Konami decided to focus less on video game development and publishing especially limiting the number of larger scale games.  This led to Dave Cox’s departure from Konami and MercurySteam’s opportunity to develop additional Konami published games.

The development studio had interest in Nintendo’s franchise Metroid and approached Nintendo to discuss the possibility of developing a Metroid game for the Wii U.   The team came up with an original concept and created a prototype to pitch to Nintendo.   The prototype was rumored to be a first-person game set in a post-apocalyptic sci-fi environment where players had the ability to play as Samus Aran along with six other Bounty Hunters.  The pitch was to create a Wii U game along with a companion game for the Nintendo 3DS, however Nintendo was not fond of the idea and chose not to proceed.

Even though Nintendo was not keen on their initial idea for a Metroid Wii U game they were still open to collaborating with them on a 3DS Metroid.   MercurySteam then began discussing the potential of remaking one of the existing 2D Metroid games such as Super Metroid.  The development studio’s interest in recreating an older Metroid game drew the attention of series director, Yoshio Sakamoto.  The studio pitched the idea of remaking Metroid Fusion to Sakamoto however he did not feel that a remake of Metroid Fusion was the right direction for the series.   While impressed with the pitch he rejected their proposal but instead offered that they assist Nintendo EAD with the remaking of Metroid II: Return of Samus.

The studio was hired by Nintendo to collaborate on the creation of Metroid: Samus Returns for the Nintendo 3DS. The remake released in 2017 to critical acclaim and was praised for its impressive visuals.  Sakamoto was impressed with MercurySteam’s work on the remake and offered them the opportunity to work on an original sequel to Metroid Fusion for the Nintendo Switch.   The studio began development of Metroid 5, the 5th installment in the 2D Metroid franchise which Nintendo announced on June 15th as part of their E3 2021 Nintendo Direct presentation.   Nintendo revealed that the game would be entitled Metroid Dread, a highly anticipated title that was first rumored to be in development for the Nintendo DS in the mid-2000s but was cancelled due to technical limitations.   Nintendo announced that the game would be released for the Nintendo Switch on October 8, 2021.

On December 22, 2020 Mercury Steam Entertainment S.L. announced that Nordisk Games had invested in the development studio by acquiring 40% of the company.  The development studio continues to build strong relationships with video game publishers while developing their own intellectual properties such as Spacelords for the PlayStation 4, PlayStation 5, Xbox One and Xbox Series X/S.