Left Field Productions was an American video game developer founded in 1994 by Mike Lamb, Jeff Godfrey and John Brandwood.  The three founders each had 15 years of experience developing video games when they decided to open their own development studio.  Their vision was to develop the best sports games available by combining cutting-edge technology with the sharpest graphics and compelling gameplay. 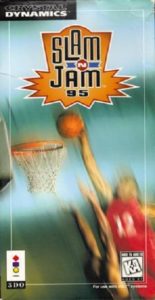 Having the background and passion for sports titles they decided to pursue their own endeavours to create quality sports titles.  In 1994 they opened a relatively small but growing development studio in Westlake Village, California and began working on their first project, Slam ‘N Jam ’95.  Their first game as a development studio was an arcade style 5-on-5 basketball game for the 3DO.  Published by Crystal Dynamics, Slam ‘N Jam ’95 did not have any NBA licensing but featured the same structure of teams broken out in conferences and divisions with the players modeled after top players of the time.

The studio would create a follow up title the next year, Slam ‘N Jam ’96 featuring Magic & Kareem for the PlayStation, Sega Saturn and PC.  The title was also published by Crystal Dynamics and once again did not have licensing from the NBA but this time they secured rights to use two basketball legends, Earvin “Magic” Johnson and Kareem Abdul-Jabbar. 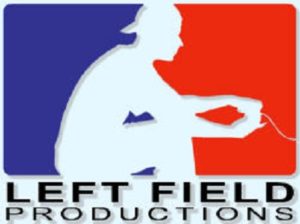 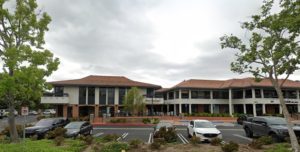 After the release of Slam ‘N Jam ’96 the small development studio drew the interest of Nintendo.  Nintendo was looking to beef up their catalog of sports titles on the Nintendo 64 to be able to compete with the realistic sports titles that were being released on the PlayStation and Sega Saturn.  Nintendo partnered with Left Field Productions to publish a realistic basketball game and this time with Nintendo backing the studio as their publisher full NBA licensing was secured for the teams most ambitious title to date.

The team would spend the next 18 months developing Kobe Bryant in NBA Courtside for the Nintendo 64.  Nintendo was very impressed with the development studio and on April 23, 1998 a mere 4 days before the release of Kobe Bryant in NBA Courtside Nintendo purchased a minority interest in Left Field Productions to secure them as a 2nd party studio.  The purchase of a minority interest in the independent studio allowed them to expand their operations, ensuring a steady flow of exclusive content for Nintendo.

In conjunction with the basketball games Nintendo entrusted the studio to revive one of their classic IPs, Excitebike.   After a 16-year hiatus the franchise was revived with the release of Excitebike 64 for the Nintendo 64 in 2000.  Excitebike 64 was another critically acclaimed release by the studio and was another title for Nintendo that achieved a million units sold.

The release of Excitebike 64 was the last game the team developed for the Nintendo 64 before moving on to focus on developing for Nintendo’s new hardware, the GameCube.  On January 13, 2002 NBA Courtside 2002 released for the GameCube receiving average reviews.  The game did not meet the same success as its predecessors only selling approximately 120,000 copies.

A sequel to Nintendo’s 1080° Snowboarding was in development by Left Field Productions but development would change hands in mid 2002.  The development of the sequel originated on the Nintendo 64 but was transitioned to the GameCube once Nintendo began to phase out the Nintendo 64 for their new hardware.  In mid 2002 the project was given to Nintendo’s in-house studio Nintendo Software Technology (NST).  NST took over development of the game and on December 1, 2003 they released 1080° Avalanche for the GameCube.  It is unknown how much of the final product utilizes design elements of the Left Field Productions version before the project was handed over to NST.

In September 2002, after development of the sequel to 1080° Snowboarding was taken away from Left Field and months of speculation, Left Field bought out Nintendo’s stake in the company.  This move would allow the studio to be a fully independent third-party developer once again and allow them to develop for other platforms.

After the exclusive relationship with Nintendo dissolved, the studio would spend the next 8 years developing motocross, dirt bike, BMX and Poker related titles for Activision, 505 Games and Ubisoft.  In early 2011 after 16 years the studio closed after releasing their final title, Mayhem for the PlayStation 3.