Kee Games was an American video game developer that manufactured arcade games from 1973 through 1978.  In 1973 over half of the ping pong style games on the market were “Pong” clones and Atari continued to come up with innovated ways to expand the company. In order to obtain as much market share as possible Nolan Bushnell approached his friend and neighbor Joseph Keenan with the idea to create Kee Games which would allow Atari to sign exclusive contracts with distributors in each geographic area to buy only Atari games.

Since most geographic areas had two distributions, Bushnell secretly created Kee Games, which was named after Joseph Keenan, who Nolan Bushnell hired to be president of the company. This allowed Kee Games to sign exclusive contracts with the second distributor in the geographic area. Keenan obtained a few employees from Atari to get started and began advertising Kee Games as a competitor of Atari but in reality, it was a subsidiary of Atari. Kee Games originally released clone versions of Atari games with unique names and some minor cosmetic differences giving Atari the ability to sell exclusive deals with two distributors at once since the distributors were unaware of the relationship between Kee Games and Atari.

Atari continued to lead the industry in innovation and in 1974 they released “Gran Trak 10” the first racing video game controlled by a steering wheel, gear shift, gas pedal and brake pedal attached to the arcade cabinet. The purpose of the game was to race against the clock on a single track with the player’s car being the only car on the track. Oil slicks on the track made the player’s car spin-out and the side of the track had to be avoided at all costs. “Gran Trak 10” was the first game to use ROM memory and Atari took an inventive approach to combat piracy. When Atari was assigning part numbers for their custom designed ROM chip for “Gran Trak 10” they decided to use the same part number as a Texas Instruments Arithmetic Logic Unit so that when pirates tried to create their own version, they’d end up ordering the wrong part and their clones would not work. 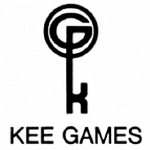 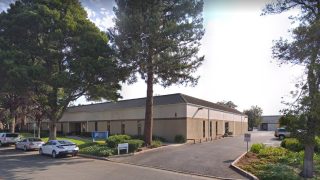 Even though “Gran Trak 10″ was innovative and original it still almost single handedly bankrupt Atari due to engineering flaws and accounting errors. The original design had engineering flaws were Al Alcorn had to step in and fix before the game could go into production. The fix created costly rework and delays, but Alcorn was able to resolve the issues. There was also an unfortunate accounting error that had “Gran Trak 10” selling for $100 less than it cost to manufacture. These issues ended up costing Atari $500,000 and later in 1974 they repackaged the game into a smaller cabinet and renamed the game to “Trak 10”. The new design allowed the cabinet to fit into smaller spaces such as bars, grocery stores and Laundromats could set aside for games.

In November 1974 Kee Games introduce “Tank!” their first original title which was so successful that it saved Atari from bankruptcy in 1974. “Tank!” is a two-player tank combat game where players would move their tanks through a maze having to avoid mines while shooting at each other. Each player controlled their tank on the screen with two joysticks with a button mounted on top of the right joystick to shoot. “Tank!” became an instant hit for Kee Games and it was so popular that by the end of the year distributors no longer demanded exclusive rights from companies.

Atari was having cash flow problems due to the issues they had with “Gran Trak 10” as well as an unsuccessful attempt to venture into the Japanese market. Kee Games on the other hand wasn’t having any cash flow issues and with the success of “Tank!” they were doing amazingly. In December of 1974 Atari made it public knowledge that Kee Games was a wholly owned subsidiary of Atari and by the end of the year the two companies merged. Atari then started producing “Tank!” under the Atari label and promoted Joseph Keenan to president of Atari allowing him to run the business side of things thus giving Bushnell the ability to focus on engineering and innovation. Atari continued to use the Kee Games label to release some of their games up until 1978 but from the merger on, the games were clearly labeled “a wholly owned subsidiary of Atari, Inc.”.

Nolan Bushnell on the history of Kee Games

IEEE Silicon Valley History Videos is a YouTube Channel that post videos produced by ViodiTV and other Committee members, documenting events regarding Silicon Valley Tech History from the perspective of IEEE members and other technologists.