Intelligent Systems is a Japanese video game developer based in Kyoto, Japan. They are closely affiliated with Nintendo and are best known for developing some of Nintendo’s most popular series such as Paper Mario, WarioWare, Nintendo Wars and Fire Emblem.

The roots of Intelligent Systems go back to 1986 when Nintendo hired programmer Toru Narihiro to port Famicom Disk System software to the standard ROM-cartridge format that was being used by the Nintendo Entertainment System outside of Japan. Their history is similar to the origins of HAL Laboratory where the team soon became an extension of Nintendo by providing supplementary programming. 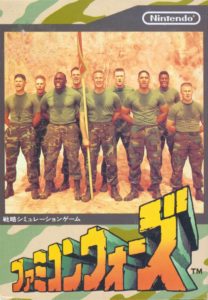 In the beginning the team provided system tools and programming to fix and or port Nintendo games that were developed by Nintendo R&D1 and Nintendo EAD. As the company grew and developed a strong working relationship with Nintendo, the team programmed their first original game, Famicom Wars. Famicom Wars is a turn-based tactics war game that was co-developed by Intelligent Systems and Nintendo R&D1. The game was successful within Japan and spawned many sequels evolving into Advance Wars and Battalion Wars. The group of games are known as the Nintendo Wars series. 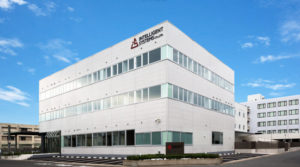 Following the release of Famicom Wars, Intelligent Systems designer Shouzou Kaga wanted to combine the strategic elements found in Famicom Wars with the characters and story of a role-playing game, thus conceiving Fire Emblem. Fire Emblem: Shadow Dragon and Blade of Light was written and conceived by Kaga and co-developed by the Intelligent Systems team along with Nintendo R&D1. 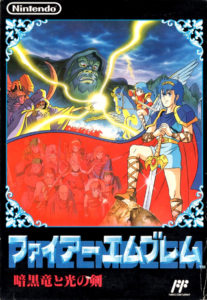 The game was released on April 20, 1990 near the end of the Famicom’s life cycle and received extensive criticism from Japanese publications regarding the games poor graphics and that it was difficult to understand resulting in low review scores. As a result, sales for the game were low for the first two months, however the customer base felt differently about the game and word of mouth spread. The positive reception from the user base grabbed the attention of a notable journalist who wrote an article for Famitsu on the game prompting sales to pick up months after the game was released. Despite the slow start, Fire Emblem: Shadow Dragon and the Blade of Light proved to be successful enough to warrant a sequel, Fire Emblem Gaiden.

Fire Emblem would evolve into a major franchise for Nintendo and cemented Intelligent Systems relationship with Nintendo. Because of the team success, Intelligent Systems began to hire graphic designers, programmers, musicians, etc. to extend the company beyond a supplementary system tool developer and additional programming support to a full fledged development studio. They continued to develop new entries in the Nintendo Wars and Fire Emblem series as the sole developer while still contributing to co-develop games with Nintendo R&D1 such as Metroid and Super Metroid. 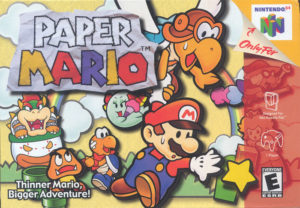 Intelligent Systems built upon the Mario RPG concept and developed a spiritual successor with Paper Mario for the Nintendo 64. The role-playing game featuring the Super Mario Bros. characters was a huge success spawning yet another franchise for Nintendo. Intelligent Systems has been responsible for the development of the Paper Mario series since and has proven time and again to be an asset for Nintendo.