Grezzo Co, Ltd is a Japanese video game developer best known for their partnership with Nintendo, particularly for their involvement in the development and co-development of various The Legend of Zelda titles.

Founded in December 2006 by former Square Enix designer Koichi Ishii.  Ishii began working for Square in 1987 where he directed and produced every game released in the Mana series until his departure in 2006.   Ishii departed Square Enix in 2006 to form his own development studio.

Koichi Ishii named the studio after an Italian phrase “diamante grezzo”, which means “a diamond in the rough”.  His vision for the new studio was to take great ideas and craft those ideas into polished games similar to how a jeweler would polish a rough diamond into a beautiful jewel.   With this notion Ishii chose the name Grezzo to foster this philosophy.

The company’s first development project was to assist with the development of Final Fantasy XI’s expansion packs and add-ons.  Also known as Final Fantasy XI Online, the game is a massively multiplayer online role-playing game (MMORPG) developed by Square and released in 2002.  Since its debut in 2002, five expansion packs and six add-on scenarios have been released for the game.   Ishii was the director of the original game and after his departure from Square he was able to leverage his relationship with the company and his experience with the Final Fantasy franchise to negotiate a deal for his new company, Grezzo to assist with the development of some of the expansion packs.

Grezzo began working with Nintendo in 2009 on a smaller scale initiative for the Wii’s WiiWare service.   Published by Nintendo, Line Attack Heroes released for the Wii’s WiiWare service in Japan on July 27, 2010.  While the game was not overly successful from a commercial perspective it did help the development studio to form a relationship with Nintendo. 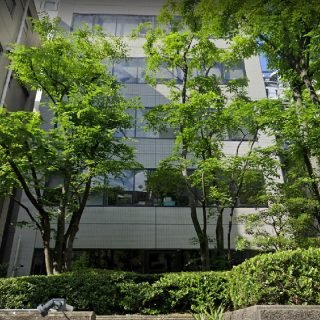 The development team gained Nintendo trust and confidence while working on Line Attack Heroes that Nintendo approached Grezzo to remake the Nintendo 64 game, The Legend of Zelda: Orarina of Time for their Nintendo 3DS console.  The Legend of Zelda: Ocarina of Time 3D released for the Nintendo 3DS in June 2011 and was highly praised upon release.   The remastering of the game received perfect scores from over 20 publications and was considered one of the best video game remakes of all time.

In addition to working on The Legend of Zelda franchise for Nintendo, they have also been involved with the development of other titles such as Ever Oasis, Luigi’s Mansion and Miitopia.  While Grezzo does develop games that are not published by Nintendo they retain a close partnership with Nintendo and continue to be involved with developing games that use Nintendo’s intellectual properties.

The evolution of Grezzo developed games

GameForest is a YouTube Channel that covers the latest videos on all gaming platforms, gameplay, trailers, graphic card comparisons, evolution of video game graphics and much more.