Factor 5 was an independent software and video game developer co-founded by five former Rainbow Arts employees in 1987 in Cologne, Germany. While the five founders were still in University, Factor 5 started out in game development as a part-time activity under partnership with Rainbow Arts for the Amiga computer.

Factor 5’s first game was an R-Type clone called “Katakis” released in 1988 for the Amiga. The game had moderate success due to its impressive technical performance. Katakis was extremely similar in nature to R-Type, so much so that it drew the attention of rights holder Activision Europe. The representatives at Activision were so impressed with the technical performance of Katakis on the Amiga that they gave Factor 5 an ultimatum, either accept a contract to develop the official R-Type port for the Amiga computer or they would file a lawsuit against Factor 5 for copyright infringement. The decision came easy for the team and in 1989 they developed an official R-Type for the Amiga.

Even though both Katakis and R-Type were moderately successful it wasn’t until the release of Turrican in 1990 before Factor 5 was seen as a major developer. Turrican was designed by Rainbow Arts designer Manfred Rrenz however Factor 5 handled the Amiga and Atari ST versions of the game which became a major hit across Europe in 1990. The success of Turrican proved that there was a demand for this style of game play at the time and the team immediately started the development of a sequel. Turrican II: The Final Fight released for the Amiga and Atari ST in 1991.

After the release of Turrican II: The Final Fight, Factor 5 decided to move their focus to the growing home video game market opposed to continuing to focus only on the personal computer market. They created their own development kits and game engines for the Super Nintendo and Mega Drive/Genesis, codenamed Pegasus SNES and Pegasus Mega Drive. While focusing their efforts towards console game development in 1992 with several projects for the Super Nintendo and Mega Drive/Genesis, including new Turrican games, they spun up a subdivision of the company devoted to making small, quick games on a limited budget and tight timeline. This new division was called “New Bits on the RAM” and instead of releasing games which would be sold at retail, they were designed to be distributed in video game magazines. In the early 1990’s, many PC gaming magazines included floppy disks and later optical disc that contained a couple of free games or game demos. 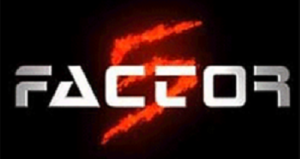 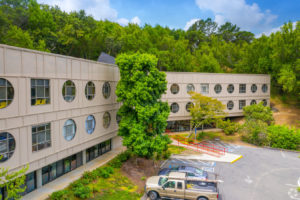 In 1994, Factor 5 formed a partnership with LucasArts for the development of an Indian Jones game for the Super Nintendo. The development of “Indiana Jones: Greatest Adventures” marked the start of a decade long collaboration with LucasArts. When work finished on the 1996 PlayStation game “Star Wars: Rebel Assault II” it became clear that the development team was too far away from their publisher, LucasArts. During the development of the game the personnel located in Germany experienced communication difficulties in working with LucasArt based in North America due to the distance between both countries and the Internet speeds of the time being insufficient for the requirements of console development.

This resulted in Factor 5 opening a new branch in California so that they could work more closely with North American publishers. A significant portion of the German studio moved to California and continued to develop games for LucasArts. For a long time, the North American branch was an exclusive game development partner with LucasArts and provided exclusive middleware tools for Nintendo. During that time, the studio gained considerable critical and commercial praise for its technical proficiency, producing what are often cited as some of the most visually advanced titles on the Nintendo 64 and the Nintendo GameCube, all based on LucasArts properties. Two high-profile middleware tools were also developed by the company for Nintendo. MusyX, a sound system produced in cooperation with Dolby Laboratories and the DivX For Games SDK, integrating the functionality of the popular video codec into Nintendo’s development tools.

Factor 5’s sound compression technology has been leveraged for many Nintendo games, one such example being the port of Resident Evil 2 for the Nintendo 64. The audio is perhaps the most impressive feat when it comes to this very ambitious port. Resident Evil 2 uses voice acting for each of its cutscenes and features a wealth of original music with a vast array of voice samples all designed for PlayStation’s dedicated audio chip. The Nintendo 64 lacked such a chip and Angel Studios struggled to find a solution, leading to collaborating with Factor 5 and utilizing their MusyX sound tool technology to accomplish the feat. The involvement of their sound technology in many Nintendo 64 and Game Boy Advance games lead to a partnership with Nintendo leading to their involvement with the creation of the Nintendo GameCube hardware.

MusyX, in close collaboration with Dolby Labs, brought high-quality 7.1 surround sound to a variety of Nintendo gaming platforms, while with the introduction of DivX Factor 5 brought the ultimate video-playback solution to the Nintendo GameCube. These were a direct result of a more than decade-long close collaboration between Factor 5’s founders and Nintendo in hardware, OS, and tool development, starting with the Nintendo 64 and continuing with the GameCube, Wii, and 3DS.

In 2005, Factor 5 formed an exclusive relationship with Sony Computer Entertainment and started development on their first PlayStation 3 title, Lair. During development, Lair gained attention due to its graphical presentation coupled with the developer’s reputation with critically acclaimed Star Wars games for the Nintendo 64 and GameCube. However, upon release Lair was a commercial failure resulting in Sony terminating their existing contract with Factor 5.

Due to losing the contract with Sony Computer Entertainment which resulted in numerous games that were in development to be placed in limbo along with the closure of Brash Entertainment who was the next publisher they signed a contract with, caused Factor 5 to close in May 2009.