Ape Inc. was a Japanese video game developer that was founded in March 1989 as an affiliate of Nintendo and is best known for the creation of the EarthBound series.  The studio was created for the sole purpose of developing the Famicom role playing game Mother.  The concept of the development studio began when then president of Nintendo, Hiroshi Yamauchi saw a television interview of Japanese copywriter Shigesato Itoi defending the video game industry.

During the mid 1980s video games were not seen as an acceptable form of media and was seen more as a toy then a form of entertainment.  Video games were unpopular with many demographics and Itoi was defending them on TV using manga as a comparison.   At one time manga was seen as taboo in Japan and that college students would be scorned for having manga, however, overtime the perception for manga would change and it became a popular and acceptable form of media.  Itoi went on explaining that video games were in the same position and that he believed that video games would eventually be an even bigger part of the Japanese culture than manga.

After seeing the television interview Hiroshi Yamauchi wanted to meet Shigesato Itoi and invited him to Nintendo’s office.   Itoi was honoured to be invited to Nintendo’s headquarters and accepted Yamauchi’s invitation.  During his visit Yamauchi showed him a game that was in development to get his opinion then introduced him to Shigeru Miyamoto.

Itoi recently became a fan of role-playing games after playing Dragon Quest on the Famicom and noticed that the majority of RPG’s were set in the past, centering around swords and magic.   Itoi pitched the idea for an RPG set in modern times that followed a group of kids to Miyamoto.   Miyamoto was intrigued by the proposal however stressed how demanding a video game project could be as Itoi had no experiences in the video game industry.   He asked Itoi if he was serious about creating a game and how involved he planned on being.

Miyamoto told Itoi to give him some time to figure out how he could get a team together as all of Nintendo’s internal teams were tied up on existing projects.  Based on Miyamoto’s questioning and response Itoi felt that he was not interested and politely passing on his idea, however after a short period of time Miyamoto got back to Itoi with a plan to assemble a team to create Itoi’s concept for a video game.  Since all of Nintendo’s internal teams were tied up, Miyamoto arranged to have a new team assembled which led to the formation Ape Inc. 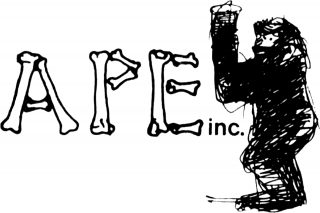 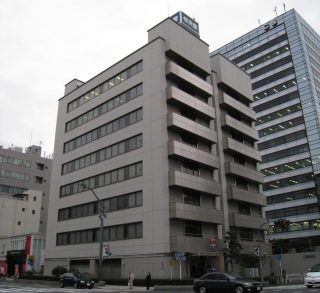 The new development studio was formed in March 1989 with Shigesato Itoi as the company’s CEO and the director of the studios first game, Mother.  The small development team leased an apartment in Ichikawa City in Chiba Prefecture, Japan which Itoi would travel too from Tokyo every night after his day job as a copywriter.  The studio finished and released Mother exclusively in Japan on July 27, 1989 for the Famicom.  As soon as the project wrapped up early prototypes and general concept work began for a sequel.  During the early planning stages of Mother 2 the development team primarily served to assist other developers on separate projects.

Tsunekazu Ishihara joined Ape Inc. after Mother’s release and became very involved with the company. In 1991, Ishihara became vice president where he took charge the production of such games Mother 2 and Mario’s Picross.  With the sequel set to be developed for Nintendo’s new 16-bit system, the Super Famicom the development team outgrew the apartment they leased and moved to the 7th floor of Nintendo’s branch office in Kanda.

The development of Mother 2, a.k.a. EarthBound in western markets spent five years in development and faced many challenges with repeated threats of cancellation until Satoru Iwata joined the team. Development of EarthBound hit a wall with the programming of the game coming to a complete standstill. Nintendo suggested that Itoi meet with Satoru Iwata, a skilled programmer at HAL Laboratory at the time. Iwata inspected the programming and believed it would take 2 years to fix. He suggested starting from scratch as to complete a ground up rebuild would only take 6 months. Iwata was appointed lead programmer and the team moved forward with the rebuild. Since two companies were now working on the development of the game, responsibilities were split between two studios. Ape Inc had more resources working on the title and oversaw data aspects of the game while HAL Laboratory worked on the programming.  Iwata lived up to his word, and the team was able to finish the game in six months and spent another six months polishing the game prior to release.

After the completion of Mother 2 (EarthBound) Shigesato Itoi wasn’t sure if he was going to make another game in the franchise or not and Ape Inc was dismantled in 1995.  A new company, Creatures Inc. was formed on November 8, 1995 by Ishihara along with former members of the EarthBound development team with Nintendo investing in the newly formed developer who would become known for their involvement in the Pokémon franchise.