Angel Studios was an American video game developer that was founded by Diego Angel in January 1984 as an animation and visual effects studio that focused on films and music videos then would later transition into video game development.  Diego Angel wanting to become a film director moved from Colombia to America to enroll at Columbia College Chicago to study film.  While attending Colombia College Chicago he grew fond of computer animation and after graduation decided to establish Angel Studios in Carlsbad, California.

The studio was a pioneer in pre-rendered computer graphics for films, television commercials, music videos and cinematics for video games.  Its early years were spent working on smaller projects and building relationships in the industry.  The company landed their first large scale project in 1991 when hired by New Line Cinema to handle the visual effects for “The Lawnmower Man”, a movie based on the Stephen King novel.  The movie released in theatres on March 6, 1992 and allowed the studio to show potential clientele the type of work they were capable of.

Working on the movie “The Lawnmower Man” opened the door for the studio and led to multiple projects the following year.  In the early 1990’s the studio transitioned to real-time computer graphics opening up another avenue for the company to create OEM demos for equipment manufactures to demonstrate how their hardware can perform real-time rendering.  In 1993 the studio was hired by SGI and Ball Corp to create OEM technical demos to show off the capabilities of their hardware.

The development team was contracted by MEGA, Inc. to create the music video for the Peter Gabriel single “Kiss That Frog”.  The song was the fourth single to be released from the album “Us” and was released on September 20, 1993.  The music video received the Best Special Effects in a music video award at the 1994 MTV Video Music Awards. 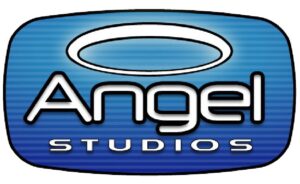 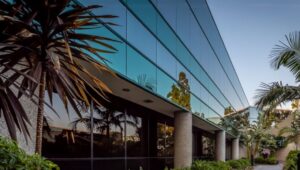 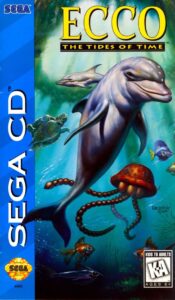 After the completion of the music video the team would venture into their first involvement with video games when they were contracted by Sega to handle the game cinematics for Ecco: Tides of Time for the Sega CD.  Sega pleased with the work the team has done in Ecco: Tides of Time hired them to develop game art assets and cutscenes for the Sega Saturn game, Mr. Bones.

Genyo Takeda of Nintendo was a client of Silicon Graphics and was impressed with the work being preformed by Angel Studios.  Takeda was the general manager of Nintendo’s Integrated Research & Development (IRD) division and requested an appointment with the studio to discuss a possible partnership for their upcoming video game console the Ultra 64, which would later become the Nintendo 64.  Takeda was able to work out an agreement with the studio and signed Angel Studios as a launch partner for the upcoming system.  This agreement shifted the studio’s primary focus away from visual effects work and tech demos to video game development.

Nintendo asked the studio to develop a baseball game featuring Ken Griffey Jr. for the Nintendo 64.  Hiroshi Yamauchi, president of Nintendo purchased the Seattle Mariners in 1992 and wanted to capitalize on using the team’s star player to help promote and sell the sports title on the Nintendo 64.  Angel Studios had no prior experience working on anything sports related but was willing to except Nintendo’s offer.  The studio developed Major League Baseball featuring Ken Griffey Jr. which released on May 31, 1998.  The game was praised by critics and end up selling 790,000 copies. The game was considered a success by Nintendo who chose to continue the series and hired Angel Studios to develop a sequel, Ken Griffey Jr.’s Slugfest for the Nintendo 64 the following year. 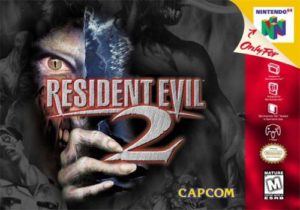 In late 1997, the studio was contracted by Capcom to port Resident Evil 2 to the Nintendo 64.  Resident Evil 2 released for the PlayStation using two compact discs and fitting the game’s large data size onto a single cartridge was a tall order. Nine full time developers were assigned to the project and the studio was able to complete the port within two years.  The port of Resident Evil 2 marked the first time that Capcom collaborated with a non-Japanese video game developer.

The initiative required to condense the staggering amount of content found on the disc-based game into a cartridge was one of the most ambitious console ports of all time.  The development cost of the project ended up costing $1 million before the game was completed.   Released in November 1999, the port was considered a success as the studio managed to recreate the game in less than 10 percent of the space required for the 2-disc PlayStation version of the game.

After the completion of Virutal Jungle Cruise for DisneyQuest, Angel Studios tackled another large themed attraction, this time for GameWorks.  They created Sky Pirates VR, a pirate-themed attraction based on Steven Spielberg’s “vertical reality” system for GameWorks theme parks, starting with their Detroit location in 2000 and later expanding to other locations which utilized the vertical reality system.

With the release of Midtown Madness for the PC the studio gained the attention of Rockstar Games who wanted to use their combined expertise to develop what became the Midnight Club and Smuggler’s Run series.  Rockstar Games became very fond of Angel Studios and when Diego Angel decided to sell his studio in 2002 Rockstar Games was one of three suiters along with Microsoft and Activision.  Rockstar Games was not only interested in the purchase of the game studio but sought to acquire the studios’ Angel Game Engine as a proprietary engine to replace the Criterion Games’ RenderWare, which it had used for games in the Grand Theft Auto series.

On November 20, 2002 Rockstar Games’ parent company Take-Two Interactive announced the acquisition of Angel Studios for $28 million in cash along with 235,679 shares of restricted common stock, making the total purchase of the company valued at $34.7 million.  Part of the deal that was negotiated was that Angel Studios along with their 125 employees would become a division of Rockstar Games as Rockstar San Diego.

Around The Monitor is a collective of friends that started a YouTube channel that produce content such as deep dives into the video game industry and a weekly talk show.