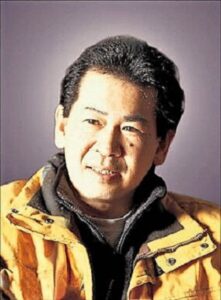 Yu Suzuki is a Japanese video game designer, producer and programmer who created some of Sega’s most popular arcade experiences in the mid 1980s and early 1990s.  Suzuki spent 26 years working at Sega and is most notable for the games he created while working for Sega’s AM2 division.

Beginning his career with Sega in April 1983 as a programmer his first assignment to design and program a game for the SG-1000, Sega’s first dedicated gaming system predating the Mark III (Master System).  Suzuki designed and programmed Champion Boxing for the SG-1000 which exceeded expectations and thus was ported to an arcade game.  His exceptional work on the title earned him a promotion to a team leader position, something that usually took seven years to achieve at Sega.

In 1984 Sega decided to split their Production and Engineering Department into several groups to expand their service offerings as well as to allow each team to concentrate on particular projects and services.   One of the divisions that were spun up was Studio 128, a small secretive group that would concentrate on creating new innovative ideas that could be incorporated into video games.  Under the management of Hisashi Suzuki, Yu Suzuki would work alongside a small team of developers at Studio 128 to create some of the most innovated arcade experiences of the 1980s.

It is here where Yu Suzuki programmed Hang-On, Sega’s first “Taikan” game, a Japanese term that was coined by Sega during the 1980s to describe their experience based deluxe cabinets. The popularity of Hang-On inspired Sega to create a line of “Taikan” games such as Space Harrier, Enduro Racer, OutRun, Super Hang-on and After Burner.  As Sega continued to revise how the company was structured Studio 128 became Sega R&D8 which then became the much more widely known division, Sega AM2 in the early 1990s. 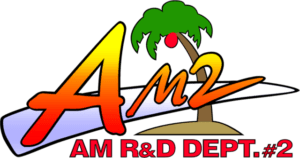 During the mid 1980s while working at Studio 128 Suzuki and team developed some of the most popular full body immersion-based video games.   With the transition to Sega AM2 Suzuki was promoted to producer where he continued to improve the immersion of video games with the team’s first 3D computer generated game, Virtua Racing.  Suzuki became the public face of AM2 for the following decade where he helped create and promote games such as Virtua Fighter, Daytona USA, Virtua Cop and Fighting Vipers.  Along with producing arcade games Suzuki experience and feedback became instrumental in the design of several Sega arcade boards.

After the release of Virtua Fighter 3 in 1996, Suzuki’s focus shifted away from arcade games for the chance to develop a potential ground-breaking concept for Sega’s new home console that was in development, the Dreamcast.  Wanting to create a longer experience game Suzuki’s concept for an action-adventure game did not fit as an arcade game.  Written, directed and produced by Suzuki, Shenmue became one of Sega’s most ambitious video games.  At the time it was the most expensive video games ever produced with a production and marketing cost that exceeded $50 million.  Upon release Shenmue was praised by critics for its unparalleled interactivity and freedom, real-time day/night and weather system, fully voiced non-playable characters and cutting-edge graphics.  Shenmue stood apart from other games of its era and helped pioneer game systems such as quick time events and open worlds.

Despite selling over 1.2 million copies, Shenmue did not recoup its development cost and was considered a commercial failure.   Shenmue was created with the intent of being a multipart series and despite not meeting its sales projections Sega decided to continue to develop and released Shenmue II in 2001 before placing the series on hold as Sega went through a period of financial turbulence.  Sega ended up exiting the video game hardware business and became solely a third-party software developer releasing games for multiple consoles.  During this period Suzuki took on more of an advisory role within the company, retiring from Sega in April 2009.

Since retiring from Sega, Suzuki founded his own development studio, Ys Net in 2008.   The company began by focusing on smaller experiences for mobile devices until 2015 when Suzuki announced Shenmue III at Sony’s E3 press conference.   The game was partially funded by a Kickstarter campaign which ultimately raised $6,333,295 setting a record for Kickstarter video game projects.   Shenmue III was later picked up by publisher Deep Silver and released for the PlayStation 4 and PC in 2019.