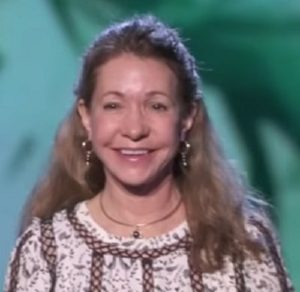 Roberta Williams is an American video game designer, writer and co-founder of Sierra On-Line. Williams is best known as the creator of the King’s Quest series that was extremely popular in the mid 1980s and early 1990s.

Williams’ first venture into video games began in 1979. At the time she was a housewife with two kids and no experience or particular interest in computers. Her husband, Ken Williams was a programmer who was interested in creating a compiler for the Apple II computer. Ken introduced Roberta to some text adventure games that were available on the Apple II computer which captured her interest with home computers.

While playing Colossal Cave, a text adventure game developed in 1976 for mainframe computers and later ported to home computer systems, Roberta grew dissatisfied with the text-only format. She realized that the graphical display capability of the Apple II computer could enhance the adventure gaming experience. 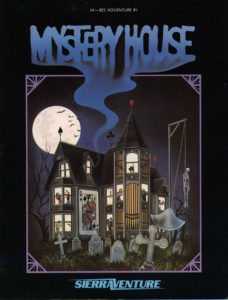 Seeing the potential in adventure-based video games and knowing that she could do better inspired the creation of Sierra On-Line. Her first game was Mystery House, an adventure game with black and white graphics for the Apple II computer. Ken being versed in computer programming implemented Roberta’s black and white graphic designs. On May 5, 1980, after months of hard work they released their first game, Mystery House. The game was the first adventure game to incorporate graphics as all predecessor adventure-based games were text-only. The game was met with acclaim and was more successful than the Williams’ could ever imagine. Believing in the future potential of the home computer gaming market, the Williams launched their own star-up company, On-Line Systems which would later become Sierra On-Line. 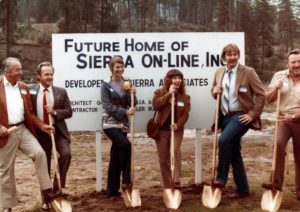 Her second game Wizard and the Princess released in 1980 and added color graphics. Over the course of the next couple of years Roberta continued to write and design games while establishing a very successful developing and publishing company. From 1980 to 1983 Sierra On-Line grew from having one employee, Ken’s brother John to over 130 employees. In 1982 the company was renamed to Sierra On-Line and the company moved to Oakhurst, California. The name “Sierra” was taken from the Sierra Nevada that was located next to Oakhurst. In early 1984 Sierra On-Line was estimated to be the 12th largest computer software company, with $12.5 million in sales.

With the growing popularity of the company, IBM approached them to create a game for their new home computer the PCjr that was in development. IBM wanted to showcase their new system and asked Sierra On-Line to create a game that would take advantage of the system 16-color palette, three channel sound and 128K of memory. IBM offered to fund the development and marketing of the game in a deal that would pay royalties. The Williams accepted the offer and began work on the project.

Roberta Williams created a story featuring classic fairy-tale elements. Her game concept includes animated color graphics, a pseudo 3D-perspective where the main character is visible on the screen, a more competent text parser that understands advanced commands from the player, and music playing in the background through the PCjr sound hardware. The team developed an inhouse game engine known as the Adventure Game Interpreter (AGI) for the development of the game which would prove to be invaluable as it made the ability to port games to other platforms much easier. 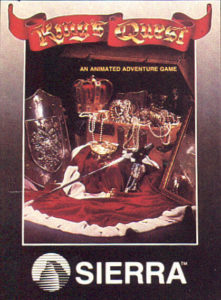 During the development of King’s Quest VII: The Princeless Bridge, Roberta started the development of a new game which would become Sierra most ambitious project to date. Phantasmagoria was a point-and-click adventure horror game that tells the story of Adrienne Delaney, a writer who moves into a remote mansion and finds herself terrorized by supernatural forces. The game was developed using full-motion video technology and featured extreme violence and rape scenes. 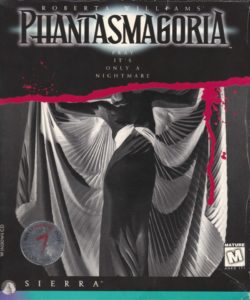 Phantasmagoria was by far the largest project ever undertaken by Sierra. More than 200 people were involved in making Phantasmagoria, which was based on Williams’ 550-page script, about four times the length of an average Hollywood screenplay. It took more than two years to develop and four months to film. The game was originally budgeted for $800,000, but it ultimately cost $4.5 million to develop and was filmed in a $1.5 million studio that Sierra built specifically for the game. Phantasmagoria quickly became the best-selling game in the United States and was Sierra’s best-selling computer game to date. It grossed $12,000,000 and sold 300,000 units during its first week of release.

Roberta Williams is one of the most influential video game designers of the 1980s and 1990s and has been credited with creating the graphic adventure genre. She is a pioneer in the video game industry and has influenced a generation of game designers.