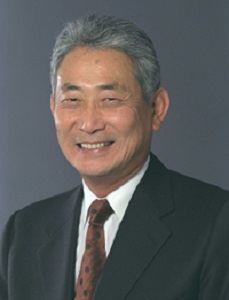 Minoru Arakawa is a Japanese businessman best known as the founder and former president of Nintendo of America (NoA). Nintendo founded its North American subsidiary in 1980 as Nintendo of America. Hiroshi Yamauchi appointed his son-in-law Minoru Arakawa as president, who in turn hired his wife and Yamauchi’s daughter Yoko Yamauchi as the first employee. The Arakawa family moved from Vancouver to select an office in Manhattan, New York, due to its central status in American commerce. NoA’s targeted audience was the existing $8 billion per year coin-op arcade video game market, the largest entertainment industry in the United States overthrowing both the movie and television industries combined.

With an office established in Manhattan, Arakawa then secured warehouse space in New Jersey for receiving and servicing arcade machines shipped from their corporate office in Japan. Arakawa’s first order of business now that he had real estate agreements in place was to order a large shipment of Nintendo’s latest arcade game Radar Scope. Radar Scope proved to be successful in Japan and Arakawa was hoping for a similar result. Radar Scope was not received the same way it was in the east as the western market did not see the appeal of the game.

Recovering from the failure of Radar Scope 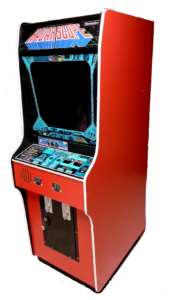 This left Nintendo of America with thousands of unused arcade cabinets which took four months to ship via boat from Japan. Arakawa pleaded with Yamauchi to reassign some of Nintendo’s top talent from Japan to work with him to develop something tailored for the North American market. Arakawa wanted to find a way to utilize the massive quantity of Radar Scope cabinets and avoid having to ship new product. All of Nintendo’s key engineers and programmers were busy developing product for the Japanese market and since NoA did not represent much of the Nintendo’s overall business, Yamauchi only allowed the reassignment of one resource, Shigeru Miyamoto.  Miyamoto at the time was Gunpei Yokoi’s young assistant who had no background in engineering but was eager to prove himself.

Hiroshi Yamauchi initially assigned Shigeru Miyamoto to just remake Radar Scope and add new features. Instead, Miyamoto made an entirely new game that wasn’t even a shooter, but a relatively new genre that had hardly been explored. NoA’s staff were disappointed with Miyamoto’s debut game and did not see the appeal. Reluctantly they proceeded and conversion kits were developed to convert the unused stock of Radar Scope cabinets. The kits transformed the cabinets into Miyamoto’s smash hit Donkey Kong. A game like Donkey Kong was just what the western market wanted, and it became a huge success.

Amidst dealing with the failure of Radar Scope, NoA relocated from Manhattan to Seattle to remove major challenges such as shipping logistics. Seattle’s harbor was the closest harbor to Japan and would save weeks if not months on shipping time. Arakawa found a 60,000 square foot warehouse for rent containing three offices, owned by landlord Mario Segale. Since Donkey Kong was the first game to feature Mario, Arakawa is credited with naming the character after their Italian landlord Mario Segale. 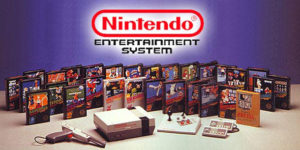 Starting in 1985, Arakawa and Howard Lincoln were instrumental in rebuilding the North American video game industry after the video game crash of 1983 with the Nintendo Entertainment System. Donkey Kong generated $280 million in revenue which Arakawa used to purchase 27 acres of land in Redmond in July 1982 and to prepare for the $50 million launch of the Nintendo Entertainment System in 1985 which revitalized the entire game industry.

Nintendo assembled a team of 12 employees responsible to adapt the Famicom into a home console that would be accepted in the western market. The 12 person “Nintendo SWAT team” included Minoru Arakawa, Don James, Lance Barr, Gail Tilden, Ron Judy, Bruce Lowry and Howard Phillips, all of who relocated from Redmond to New York city in late 1985 in an effort to establish retail partnerships for the distribution of the Nintendo Entertainment System.

Having failed the previous year to secure a retail distributor, the team would handle the debut of the Nintendo Entertainment System themselves. This began a series of limited test market launches before deciding to release the system nationwide. Nintendo selected New York city as their test market with a $50 million budget. In a huge gamble by Arakawa and without having informed the headquarters in Japan, Nintendo offered to handle all store setup and marketing, extend 90 days credit on the merchandise, and accept returns on all unsold inventory. Retailers would pay nothing upfront, and after 90 days would either pay for the merchandise or return it to Nintendo. At Nintendo’s unprecedented offer of risk absorption, retailers signed up one by one. 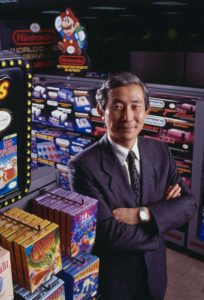 Arakawa would hire Howard Phillips, who would be invaluable to the creation of Nintendo Power magazine, which was a very important media used to market Nintendo’s products. Arakawa managed to negotiate a deal to bundle the popular third-party game Tetris along with the Game Boy helping the system to become an instant success in North America upon launch in 1989. Arakawa served as President of Nintendo of American until he resigned in 2002 and was succeeded by Tatsumi Kimishima.