Koji Igarashi is a video game producer, writer and creative director best known for his involvement with the Castlevania series.  Often credited and referred to as IGA, Igarashi began his career in the video game industry in 1990 when he joined Konami as a programmer.

His love for video games began at an early age with his first exposure being Atari’s Pong at the age of 10 and after he played the arcade game Crazy Climber two years later, he was determined to become a game designer.  Igarashi taught himself the computer languages BASIC and assembly and began experimenting with the creation of rudimentary games before attending university. 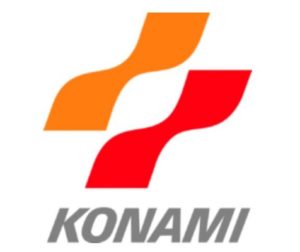 After graduation he began working at Konami in their Educational Software department programming a business simulation game that was cancelled 12 months into development.  After the projects cancellation he moved to Konami’s Consumer division and worked on enemy programming for the PC Engine version of Detana!! Twinbee.  For his next project he was given additional responsibility as he worked as a programmer but was also tasked with the creation of the game’s story.

Igarashi became exposed to the development of the Castlevania series when he began dating an employee at Konami who was working on Castlevania: Rondo of Blood and would later become his wife.   Igarashi was still relatively new to the video game industry and was working as the lead writer on Tokimeki Memorial, a dating simulation game for the PC Engine’s Super CD-ROM² System.  His girlfriend was giving him advise on how to write the story to Tokimeki Memorial and during his breaks he would play the game she was developing, Rondo of Blood.

Igarashi developed a passion for the series and informed his boss that he had no desire to work on a sequel to Tokimeki Memorial and requested to be transferred to join the Castlevania development team.  Igarashi’s involvement with the Castlevania series began in 1994 when he was assigned to a project to develop a Castelvania title for the Sega 32X.  Development began on the Castlevania title slated for the Sega 32X however Konami decided to scrap the game in mid 1995 in favor to develop a game for the Sony PlayStation.  Referred to as Castlevania: The Bloodletting though the game never received a firm approved name was cancelled however many of the initial ideas where incorporated into Symphony of the Night when the development team shifted from the 32X project to the PlayStation project.

Toru Hagihara led the project slated for the PlayStation while Igarashi was involved with the story-writing and programming.  During mid-production of the game Hagihara was promoted to the head of the division and asked Igarashi to finish the game as the assistant director.  From the beginning of the development the game was intended to represent a new direction for the franchise as linear games such as the previous installments of Castlevania offered very little replay value, something Konami was trying to address in order to keep their games out of bargain bins throughout Japan.  Igarashi felt that action games were too short, his goal was to create a game that could be enjoyed for a much longer period.

The development team was successful in their goal to create a new formula for the Castlevania franchise and even established a subgenre of action-adventure known as Metroidvania.  Symphony of the Night became a critical and financial success over time, establishing that there was a desire by players for Metroidvania style games.  Upon completion of Symphony of the Night he was assigned as the director of Elder Gate, a PlayStation RPG that released in 2000.  Igarashi had great ambition for the game wanting to create a game that could provide players with their own unique experience however the game fell short and received only mediocre reviews by critics.

From 2011 to 2014 he still produced a few console games such as the side-scrolling shooting game Otomedius Excellent for the Xbox 360, the Kinect game Leedmees and worked to localize the Nintendo DS game Scribblenauts.  At that point Konami’s business model continued to shift, this time towards mobile games.  Igarashi tried to develop mobile games that played more like console games but was unable to successfully complete any for release.  He felt that his experience with console games led him to be unable to make the leap to social games and ended up leaving Konami in March 2014. 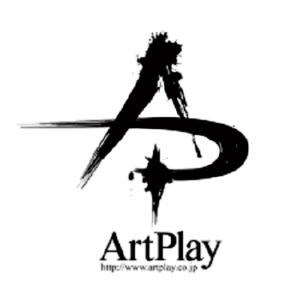 Igarashi spent a few months looking for a publisher that would fund a new console game and after assessing his options decided to partner with Chinese businessman Feng Gang to found the company ArtPlay.   Igarashi met Gang while working on a potential mobile game at Konami that ended up being cancelled.  Both Igarashi and Gang recently left their respective companies looking for other opportunities.   Gang approached Igarashi to join him in founding a new company to create mobile games.  Igarashi initially refused as he did not want to work on mobile games however changed his mind when Gang proposed that the company would work on both mobile and console games.  The vision was to create mobile games that would create a profit to fund the development of console games, and the console games would spawn mobile spinoffs.

In September 2014, they founded ArtPlay an independent studio in Tokyo, Japan with a branch office in China that would focus on the development of mobile games.  Igarashi is the representative director of the company’s Japanese main branch which handles the creation of console games.  Inspired by Keji Inafune’s recent crowd sourcing project Mighty No. 9 he decided to launch his own Kickstarter campaign for his new project.  He created a pitch for the campaign by filming a promotional video for the new project as Castello di Amorosa in Northern California with the help of 2 Player Productions.

The promotional video for the Bloodstained Kickstarter campaign launched on May 11, 2015 with the goal to reach $500,000 in backing.  In mere hours Koji Igarashi was able to reach his goal and the timed campaigned closed with 64,867 backers and $5,545,991 in funding. 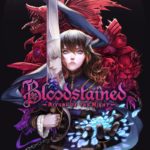 He launched the Kickstarter campaign in May 11, 2015 for a spiritual successor to Castlevania known as Bloodstained: Ritual of the Night.  The new development studio was asking for $500,000 to fund the new project which was successfully funded in the matter of hours after the campaign went live.  They ended up raising $5,545,991 across 64,867 backers by the end of the campaign, making it the most successful video game crowd sourcing project at the time.  The success of the campaign allowed the studio to offer a smaller companion title, Bloodstained: Curse of the Moon to be developed along side Bloodstained: Ritual of the Night.

The companion title Bloodstained: Curse of the Moon launched first on May 24, 2018 for the Nintendo Switch, Nintendo 3DS, PlayStation 4, PlayStation Vita and PC.  The game introduced players to the new Bloodstain series and was praised by critics when it released.  Critics seen the game as a tribute to Castlevania games on the Nintendo Entertainment System and believed the game was an homage to Castlevania III: Dracula’s Curse.  The main game from the Kickstarter campaign, Bloodstained: Ritual of the Night released the following year on June 18, 2019 for the PlayStation 4, Xbox One and PC followed by a release on the Nintendo Switch on June 25, 2019.

The release of Bloodstain: Ritual of the Night was a great success for Igarashi and ArtPlay selling over 1 million units by June 2020.  Igarashi is continuing to build upon the Bloodstain series with the sequel to, Bloodstained: Curse of the Moon while working on other projects such as the Sega published Revolve8 while holding the positions of President & Executive Producer of ArtPlay.