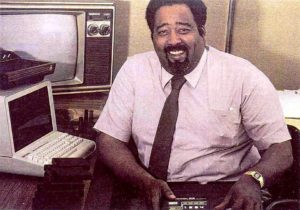 Jerry Lawson was an American electronic engineer known for his work at Fairchild Semiconductor where he was assigned as the lead engineer for the Fairchild Channel F video game console. He is one of a few African American engineers who worked in computing at the dawn of the video game era. Lawson was a pioneer in the early development of video games designing the first digital joystick for a home console and led the team that refined the concept of a swappable game cartridge into a practical, commercial product.

Born in Brooklyn, New York on December 1, 1940 Gerald Anderson “Jerry” Lawson came from a family that understood and praised the importance of an education. His father Blanton was a longshoreman by trade but was very interested in science and his mother Mannings worked for the city as well as serving on the PTA for the local school. His grandfather a postmaster by trade had an educational background in physics. Surrounded by a family that encouraged education Jerry developed interest in scientific hobbies such as ham radios and chemistry at an early age.

Lawson earned an amateur ham radio license at the age of 13. After achieving his license, he began to save money to purchase electronical equipment from local electronic stores to build his own radio station to broadcast from his room. Throughout high school Lawson earned money by repairing television sets to continue to fund his hobbies in electronics. After high school Lawson attended both Queens College and City College in New York.

After College Lawson began his career in electronics with ITT where he was hired to go to Newfoundland to reassemble a radar set and modify the unit so that it could be brought back online. Lawson found employment with Grumman Aircraft, PRD Electronics and Kaiser Electronics before his employment at Fairchild Semiconductor where he would create quite the legacy for himself in the video game industry.

By 1975 video games was an emerging new market and seemed to be the next logical step for Fairchild’s product line. Shawn Fogarty, a Fairchild parts rep was contacted by Norman Alpert asking him to visit his company Alpex Computer Corporation for a demonstration of a prototype they were working on. Alpex Computer Corporation created a prototype video game console which allowed consumers to switch games at will. The system was designed by Wallace Kirschner and Lawrense Haskel. Kirschner led the hardware design of the prototype console while Haskel handled the software and programming.

The prototype console known as the “RAVEN” for Remote Access Video Entertainment would allow interchangeable cartridges that contained their own software program embedded on chips within the cartridge opposed to being housed in the video game console. This was a new concept as all prior systems only contained video game information within the console hardware itself. Some systems offered an expandable form of gameplay by using removable cards which acted as a jumper that turned on and off certain electronics inside the console to alter the built-in games.

Fogarty was impressed with the prototype and brought it to the attention of Fairchild’s Vice President of Consumer Products, Greg Reyes. Also, very impressed with the prototype Reyes consulted Wilf Corrigan, CEO of Fairchild who assigned Gene Landrum and Jerry Lawson to evaluate the technology and write a feasibility report on the Alpex console from a marketing and business perspective.

Video of Jerry Lawson providing the Keynote presentation at the Classic Gaming Expo (CGE) in 2005.   Jerry discusses his time at Fairchild, the development of the Channel F and more. 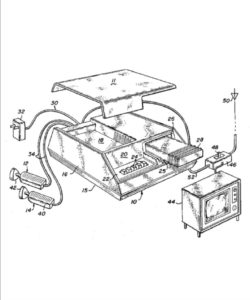 By 1975, Lawson had already extensively experimented with video games himself with the creation of his own arcade game. Knowing Lawson’s affinity for video games, Reyes decided that Lawson would be an appropriate engineer to spearhead a new video game project within Fairchild. Lawson was made led of a newly formed video game division of Fairchild which was kept secret within Fairchild during early development. Lawson’s direct boss didn’t even know what he was assigned to and Lawson found himself reporting to the Vice President of Fairchild with a budget to design a state-of-the-art video game console. 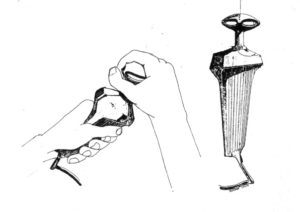 Lawson was not fond of the RAVEN’s keyboard control scheme, finding it awkward to use. He created a fairly complicated joystick that would function with the Hockey game that Haskel had already developed. The controller was the first digital home game joystick with prior systems offering knob like controllers.

With Lawson in charge of electronic engineering and software for the project, Nick Talesfore was made had of industrial design. The pair began work on miniaturizing Alpex’s unwieldy prototype into a size that would fit within an enclosure that could sit comfortably on an entertainment unit in a living room. While advancing further in the development process they realized that implementing the removal game media would be more complex than originally anticipated, requiring special expertise. Talesfore brought Ron Smith, a mechanical engineer onto the team to assist with the effort. Smith, Talesfore and Lawson refined the technology originally conceived by Kirschner and Haskel into a practical, commercial product. 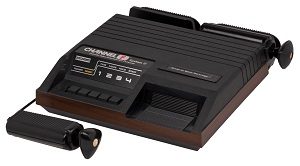 In 1976, Lawson’s led video game system released as the Fairchild Channel F and became the first video game console to have swappable game cartridges. This new feature allowed consumers to purchase a library of games and provided a new revenue stream for console manufactures. The Channel F console also featured a pause button, another first in a home video game console. The Channel F was not a commercially successful product, only selling 250,000 units however was a very important step forward for the video game industry. The cartridge approach was replicated by other console manufactures, popularized with the Atari VCS in 1977 and was the mainstream media for game consoles for decades. 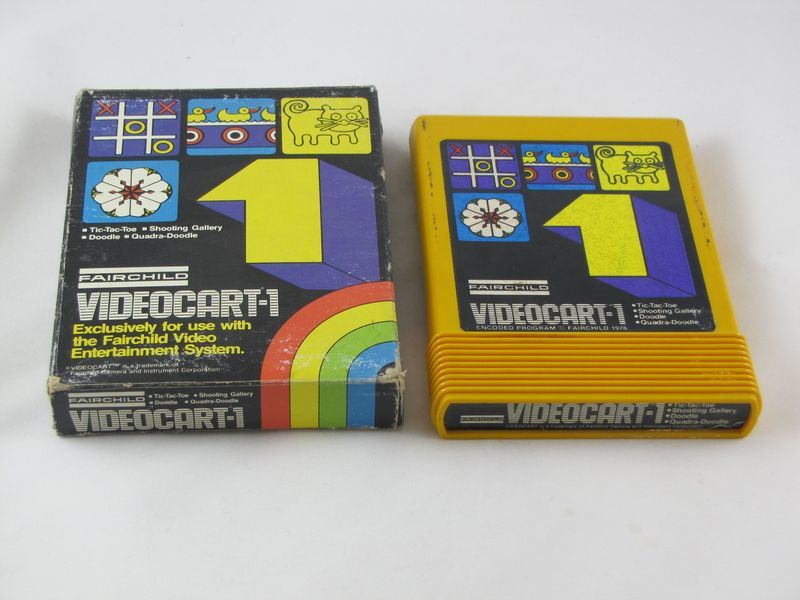 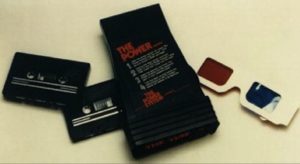 Lawson left Fairchild in 1980 to form his own company. He founded Video Soft, a video game development company which made software for the Atari 2600. In 1983 Amiga planned to release a power module accessory called “The Power System” for the Atari 2600, which would play games on cassette tapes, add an additional 6k of RAM and offer 3D capabilities when using 3D glasses. Video Soft started developing 6 games for the accessory which were to be sold to Amiga for use with their Power Module however before the release of the device, Amiga cancelled the project in favour of the new Multiplay Video Game Cartridges, which would later become known as the Power-Play Arcade series. Each cartridge was to include three games, created by Amiga or licensed from another developer. 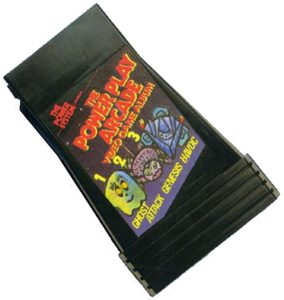 With the games originally planned for the cassette-based Amiga Power Module they needed to be modified when Amiga made the decision to scrap the Power Module. The games were moved to the Power-Play Arcade series of multicarts. Video Soft combined three of their games, Ghost Attack, Genesis and Havoc to be released on the first multicart however prior to its release Amiga decided to also cancel the Power-Play Arcade series of multicart to focus primarily on the development of a home computer instead.

Amiga’s decision to deviate from the Power Module and then the Power-Play Arcade multicarts placed hardship on Video Soft. In 1984 Video Soft closed with none of their games being released to the public. After the closure of Video Soft, Lawson focused on consulting work. 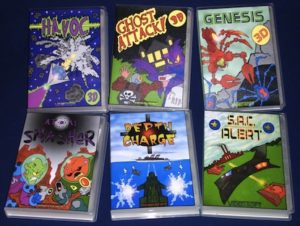 Jerry Lawson was honored as a video game industry pioneer in March 2011 by the International Game Developers Association (IGDA). One month after being honored by the IGDA, Lawson passed away on April 9, 2011 from complications from diabetes.