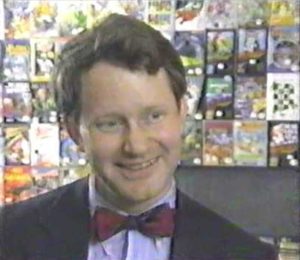 Phillips was an avid gamer and as manager of Nintendo’s warehouse in Tukwila, Washington he took it upon himself to take a first look at each new product sent from Nintendo’s headquarters in Japan. Nintendo of America was an extremely small company at the time, Phillips was their fifth employee and as such resources held many different responsibilities. One of which entailed testing the machines after they were received. Phillips had the privilege of testing all the early Nintendo arcade titles such as Donkey Kong, Sky Skipper, Popeye, Donkey Kong Jr, Mario Bros, Donkey Kong 3, Punch-Out!! and various VS, systems.

Handling the success of Donkey Kong

When Donkey Kong became a smash hit in America, Phillips was responsible for receiving from Japan and delivering to American arcades the 60,000 cabinets during its first year. During it’s first year of sales, Donkey Kong generated $180 million in revenue for Nintendo of America. At age 24, Howard Phillips found himself responsible for the largest shipping volume for the entire Port of Seattle, having over 100 forty-foot shipping containers full of arcade machines arriving from Japan daily and having to immediately ship them out to their final destination across America. 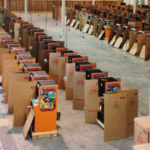 One of Phillips other responsibilities was to manage the test sites of each arcade launch. He would gather feedback and observe the customers playing the game to determine what they did and didn’t like about each game. Phillips passed this information along to Minoru Arakawa, President of Nintendo of America to assist with the development of future games being marketed for the North American audience. He would be regularly consulted by Minoru Arakawa and Nintendo of America’s two salesman Ron Judy and Al Stone about the players’ preferences, competitors’ games and the daily cash intake from each Nintendo game.

Launch of the Nintendo Entertainment System 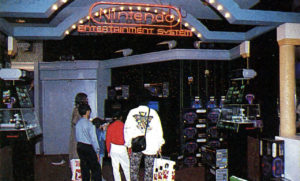 While working at the warehouse, Phillips discovered Nintendo’s new home video game console the Family Computer (Famicom) in mid-1983. His avid gameplay skills, intuition, and market research made him a primary advisor to the Japan-based Shigeru Miyamoto and company, on how to approach and develop for the American market which was in the midst of the 1983 video game crash. Phillips was instrumental throughout the 1985-1986 launch of the Nintendo Entertainment System.

Nintendo assembled a team of 12 employees responsible to adapt the Famicom into a home console that would be accepted in the western market. The 12 person “Nintendo SWAT team” included Minoru Arakawa, Don James, Lance Barr, Gail Tilden, Ron Judy, Bruce Lowry and Howard Phillips, all of who relocated from Redmond to New York city in late 1985 in an effort to establish retail partnerships for the distribution of the Nintendo Entertainment System.

Having failed the previous year to secure a retail distributor, the team would handle the debut of the Nintendo Entertainment System themselves. This began a series of limited test market launches before deciding to release the system nationwide. Nintendo selected New York city as their test market with a $50 million budget. Phillips chose the game library for the Nintendo Entertainment System’s launch, gave live product demonstrations, interacted with thousands of players, setup retail store displays and managed relations with the retail test sites. The first test launch took place on October 18, 1985 with an initial shipment of 100,000 systems. Nintendo sold nearly 90,000 unites in nine weeks during its late 1985 New York City test. Nintendo added Los Angeles as the second test market in February 1986, followed by Chicago and San Francisco before finally launching nationwide in September. 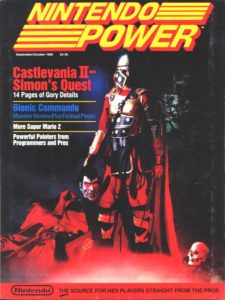 With Phillips cumulative knowledge, his expertise in the entire Nintendo video game library and his age falling between Nintendo’s targeted child demographic and their parents, he became a core liaison between the Japanese developers at Nintendo and the North American market for the rest of his tenure. Phillips would continue testing games for Nintendo as a game evaluator, testing Japanese developed Nintendo games for their quality and assisting in the game localization process.

Phillips’ sheer knowledge of games was astonishing, earning him the title “Game Master” bestowed to him by executive Peter Main. Main felt that Phillips was so immersed in Nintendo’s games and those of their competitors that Phillips knew more about games than anyone else. Phillips would help establish and manage the Game Counselor toll-free telephone hotline, where callers could ask Nintendo employees for help with gameplay. In late 1987, Phillips and Gail Tilden consolidated and expanded this expensive practice into mass media form by creating the free-of-charge Nintendo Fun Club. Howard Phillips would hold the title of President of the Fun Club, a newsletter that would quickly achieve over 600,000 subscribers.

After the seventh issue of the Nintendo Fun Club News, Phillips and his team worked on rebooting the bi-monthly newsletter into a full-blown magazine titled Nintendo Power. Nintendo Power, which became a monthly magazine several months after its debut, also featured a column written by Phillips at the end of each issue which he devoted to thanking the readers and explaining the process of creating the issue. Phillips was co-editor and gameplay fact checker for the magazine throughout his time with Nintendo.

Nintendo Power’s “Howard and Nester” comic strip series portrayed his real self in cartoon form, opposite a fictional boy who symbolizes all the Nintendo playing children of the world and gave Phillips a direct voice to audience’s homes. Phillips grew to become an industry personality, an advocate for the American gaming community and a sort of celebrity to Nintendo Power readers. He would regularly pose with Nintendo products within the pages of the magazine and would almost always appear with his trademark bow tie and clean-cut look.

Beyond Nintendo Power and employment after Nintendo

Phillips was the executive producer of all second-party games from Nintendo’s partners such as Rare and was promoted to Director of Game Creative in 1989. Phillips managed the game evaluation system which reviewed all games using professional game players, the game counselors, and initial game testing. He helped with the localization process of importing games from Japan by advising Nintendo on the renaming of characters and adjusting the games difficulty level.

In 1991, Howard Phillips left Nintendo of America after 10 years and at the age of 32. Nintendo Power ran an official farewell to Phillips in the final episode of the “Howard and Nester” comic strip, in which Howard hands his bowtie to Nester and rides his horse into the sunset.

Phillips was recruited by LucasArts in 1991 where he served as either producer, executive producer, designer or creative director for each of their approximately 167 educational games, some of which were published by JVC. Since leaving LucasArt he would work for THQ, Absolute Entertainment and Splash Studios before being hired by Microsoft in 1997 as a play test manager for their entertainment division.