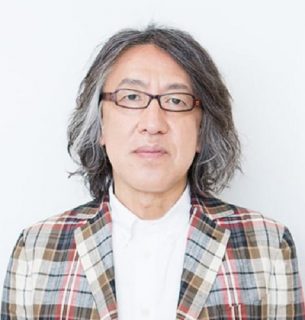 Hirokazu Tanaka is a Japanese video game composer, sound designer, musician and executive.  Tanaka began his career in the video game industry in 1980 after graduating from university with a degree in electronic engineering.  He joined Nintendo as a sound designer for their Research and Development 1 Division where he assisted with the creation of early arcade games.

As part of Gunpei Yokoi’s R&D1 team Tanaka was involved with the development of the Game & Watch line of dedicated handheld devices.  Tanaka incorporated more advanced sound effects into the Game & Watch games “Mickey & Donald” and “Donkey Kong II” in 1982 and was given the opportunity to compose the music for his first game, Donkey Kong 3.  After the release of Donkey Kong 3 he continued to handle the sound effects for several further Game & Watch titles before shifting focus to Nintendo’s new home console the Family Computer, a.k.a. the Famicom.  When the Famicom first released in Japan in 1983 many existing arcade games such as Donkey Kong and Mario Bros. were ported to the system.  Tanaka assisted with the ports of the arcade games while working in the sound department.  Rather than using the console’s internal drivers which most designers were using to create their games, Tanaka developed custom sequencers using his own programming language to maximize the Famicom’s sound chip capabilities and allowing direct access to the music source.

By 1984 Tanaka became the primary music composer for Nintendo’s R&D1 division creating scores for games such as Wild Gunman, Duck Hunt, Hogan’s Alley and Gumshoe.   In addition to handling sound design for games he worked along side Gunpei Yokoi on hardware development beginning with the Nintendo Zapper and would continue to contribute in hardware development with the Game Boy.  He created the iconic main theme for Balloon Fight, a few scores for Urban Champion and Wrecking Crew before being assigned to Metroid where he drastically changed his typical upbeat musical style to a dark ambience to fit the game’s more mature atmosphere.  Metroid’s soundtrack was not well-received within Nintendo because of its dark atmosphere however despite managements disapproval Tanaka was allowed full creative freedom on the project and implemented his more mature musical style into the game, successfully creating the ideal atmosphere for the game’s sci-fi setting.  For Kid Icarus he once again took a new approach creating a melody-focused score that was more elaborate and emotional than his past works.

As Nintendo R&D1 shifted its focus to developing the Game Boy, Tanaka assisted in its development by designing the handheld’s sound hardware and was responsible for the scores for its launch titles, Super Mario Land and Tetris.  His works had influenced the video game industry and by the early 1990’s he was invited to work on a range of both internal and external projects.  He received much recognition for scoring Mother with Keiichi Suzuki and Hiroshi Kanazu.  Mother was developed by second party developer, Ape Inc. which would later evolve into Creatures Inc. and played a huge part in Tanaka’s career.  Mother went on to receive a best-selling arranged album and Tanaka was asked to lead several major projects within Nintendo R&D1 and Intelligent Systems.  The projects included the first installment of the tactical RPG series Fire Emblem and a Super Nintendo art program, Mario Paint.

He returned to work on the Mother series with Keiichi Suzuki, Hiroshi Kanazu and Toshiyuki Ueno for the Super Nintendo sequel EarthBound.  During the lengthy development cycle of EarthBound, he formed a relationship with Tsunekazu Ishihara, the game’s graphics designer and future founder of Creatures Inc., a Pokémon production company that owns a third of the rights to the Pokémon franchise. 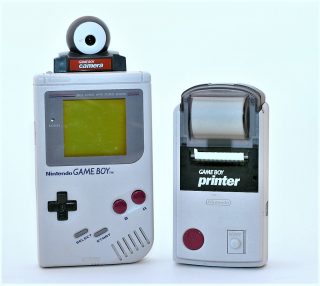 The Game Boy gained a huge market share and the product line continued to evolve with the release of the Game Boy Pocket, Game Boy Lite and Game Boy Color.  Inspired by Sharp’s ViewCam product line of video cameras with built in LCD screen, Tanaka designed the Game Boy Camera and the thermal Game Boy Printer.  He created some concept drawings of the product and programmed a few prototype games for the proposed hardware to present to Nintendo president Hiroshi Yamauchi for approval to proceed with the creation of the product.  The concept was approved and sold well when it released in 1998, the Game Boy Camera and Game Boy Printer sustained a 5-year life cycle and became a very popular product before it was discontinued in early 2003.

While working on the Game Boy peripherals during business hours Tananka at the advice of Tsunekazu Ishihara joined Creatures Inc as a guest composer and composed multiple songs for the first Japanese Pokémon anime.  Working on the series in his spare time as a break from his normal day work, he created the first series’ opening theme “Aim to Be a Pokémon Master”.  The Pokémon franchise ended up growing into a phenomenon and his theme inspired best-selling singles and albums in Japan due to the franchise’s popularity.  Ishihara requested that he continue to compose additional songs for the initial season, which eventually spanned 82 episodes.

Aim to Be a Pokémon Master

Opening theme from the 1997 Japanese Pokémon anime series, Pocket Monsters.  A series that was localized and released in North America in 1998 as Pokémon: Indigo League however lacked the same translated opening theme.

As the Pokémon craze continued to grow and showed no signs of slowing down, Nintendo eventually forbid Tanaka from writing additional songs for the anime series due to their company policy of not allowing employees to work for other companies.  Due to this policy he decided to resign from his position at Nintendo and joined Creatures Inc. full-time in 1999.  In 2000, Tanaka succeeded Ishihara as the President of Creatures Inc when Ishihara became president of “The Pokémon Company” to oversee and manage all aspects of the Pokémon franchise.

Together with executives from The Pokémon Company and Game Freak, Tanaka has helped to determine the direction of the franchise over the last two decades.  His current job responsibilities consist of supervision of Pokémon products and, occasionally composing some additional songs for the anime series.