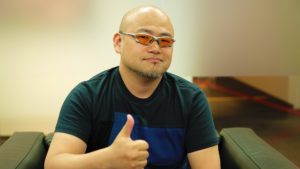 Hideki Kamiya is a Japanese video game designer and director known for his fast-paced action games such as Devil May Cry, Viewtiful Joe, Bayonetta and The Wonderful 101. Kamiya began his career at Capcom in 1994 as a game designer. His first assignment was the original Resident Evil where he took on the role of planner under the direction of Shinji Mikami.

Capcom appointed Kamiya the role of Director for Resident Evil 2 where he led a team of 40 to 50 resources which would later form Capcom Production Studio 4. The team consisted of newer Capcom staff and over half of the original Resident Evil development team. Resident Evil 2 went on to become a massive success for Capcom and since Resident Evil 3 was already in development by another team at Capcom, Kamiya was asked to start work on Resident Evil 4 for Sony’s upcoming PlayStation 2 console. 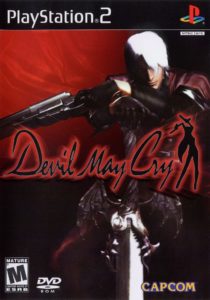 The game that was originally conceived as Resident Evil 4 had a vastly different feel and Capcom management did not envision the game to fit the Resident Evil franchise. The project removed all ties to the Resident Evil franchise and made the game into its own story. The story evolved to center around Dante, a private investigator of the supernatural who realizes that the devil is rallying to rise again against mankind. The game would become Devil May Cry spawning another hit for Capcom and turning into another successful franchise for the company. 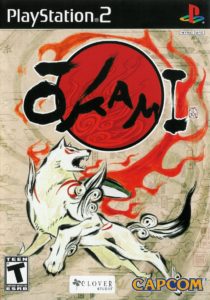 Kamiya directed the original Viewtiful Joe as a member of Capcom Production Studio 4 before joining Clover Studio, an independent Japanese video game development studio founded by Capcom. The studio consisted largely of existing Capcom R&D talent, who had formed the company to give themselves greater executive control. The studio focused largely on creating new intellectual properties opposed to creating sequels to already established franchises. While at Clover Studio Kamiya wrote the story for Viewtiful Joe 2 and directed Okami before parting ways with Capcom to form his own company with two other Capcom employees. 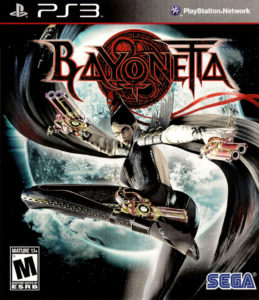 SEEDS inc was founded by Shinji Mikami, Atsushi Inaba and Hideki Kamiya in August 2006 and would merge with ODD Inc in October 2007 to form PlatinumGames Inc. The newly formed company was able to establish a publishing deal with Sega to develop four unique properties. The four-game deal would include MadWorld for the Nintendo Wii, Infinite Space for the Nintendo DS, Bayonetta and Vanquish for the PlayStation 3 and Xbox 360.

As the Chief Game Designer at PlatinumGames, Kamiya wrote and directed the original Bayonetta. Since 2013 the team has developed a close relationship with Nintendo, which funded several projects including The Wonderful 101, Bayonetta 2, Astral Chain and Bayonetta 3. All of which Kamiya played a major role in the development and creation of these Nintendo exclusive games.