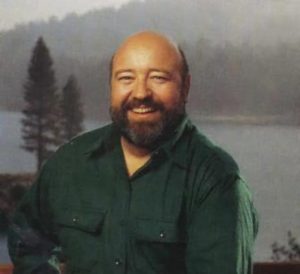 Al Lowe is an American video game designer, programmer and musician known for his work at Sierra On-Line in the 1980s and early 1990s. Lowe worked on many adventure games at Sierra On-Line but is best known for creating the Leisure Suit Larry series.

Lowe began his career as a music teacher at a public school for 15 years before deciding to teach himself programming on an Apple II computer and ventured into game development. After Lowe learnt how to program, he formed a company with Margaret Lowe, Mike MacChesney and Ray Lynn MacChesney to develop educational games for children. 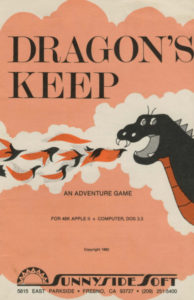 The newly formed company Sunnyside Soft consisted of the two husband and wife pair. Together they created Dragon’s Keep and Troll’s Tale for the Apple II. Lowe handled the programming while the others worked on the writing and graphics.

Sunnyside Soft displayed their games to the public at Applefest in 1982 where the founders of Sierra On-Line, Ken and Roberta Williams were participating. Noticing how Sunnyside Soft’s games looked graphically similar to their own Hi-Res Adventures, they introduced themselves and offered to publish the title through Sierra On-Line. They agreed to partner with Sierra On-Line and ports of the games were created for the Atari 400/800 and Commodore 64.

Sierra On-Line bought the rights to the games and Al Lowe began working for Sierra as a programmer. Sierra recently came to an agreement with Disney to develop educational games for them on home computer systems. With Lowe’s background in music and educational games he was the perfect fit to work on the new Disney based games. His first projects included Winnie the Pooh in the Hundred Acre Wood, Donald Duck’s Playground and The Black Cauldron, all based on Disney properties.

After the completion of several Disney based games, Lowe moved on to take the Lead programming role on King’s Quest III and the original Police Quest. During the development phase of King’s Quest III and the original Police Quest, Lowe pitched the idea of remaking Softporn Adventure a text-only game that was published by Sierra in 1982 for the Apple II. Ken Williams agreed, and Lowe inspired by Softporn Adventures borrowed its basic structure and added the AGI engine made famous by King’s Quest: Quest for the Crown, incorporated his unique sense of humor and an on-screen protagonist, Larry Laffer. 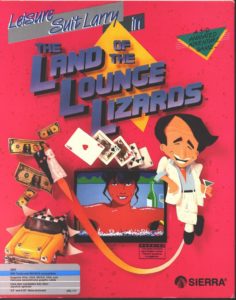 The game evolved and in 1987 Leisure Suit Larry in the Land of the Lounge Lizards was released. Upon release sales were extremely poor with only 4,000 copies sold. This was due to the fact that many stores would not stock the game because of its adult content and Sierra’s lack of advertisement due to the controversial nature of the game. The first month sales of the game were lower than any new Sierra launch, however word of mouth spread quickly and by years end the game became a commercial success selling over 250,000 copies.

Leisure Suit Larry spawned a new gaming genre of adult focused titles along with lot of controversy. It was made evident that there was a market for adult themed games and the decision was made to make a sequel the following year. Lowe continued to focus on expanding the series releasing numerous sequels and spinoffs until is pseudo retirement in 1998.